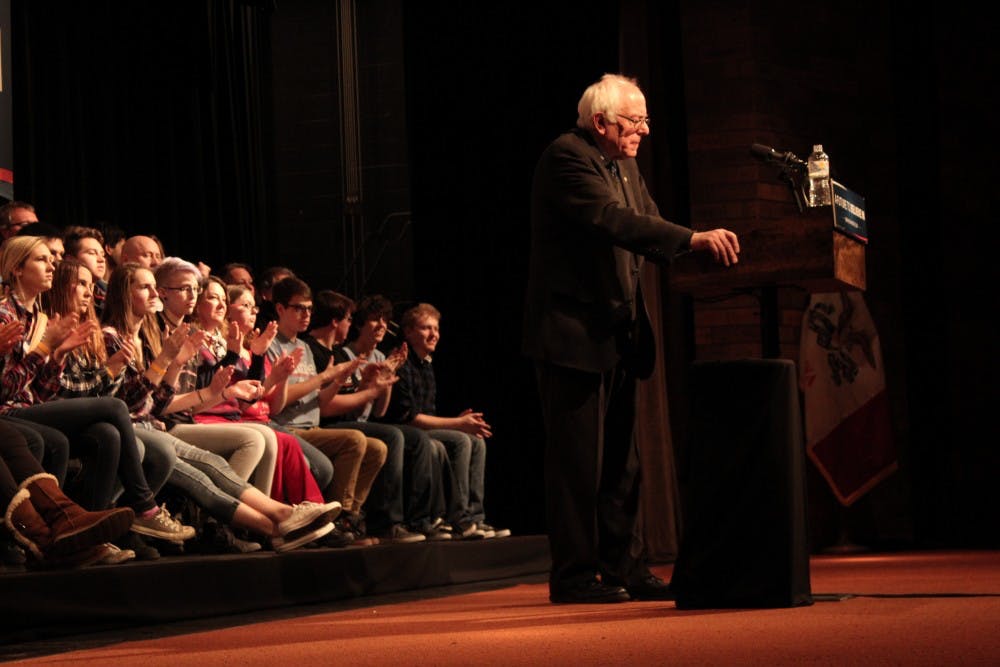 PERRY, IA -- Senator Bernie Sanders (I-VT) held a town hall today in an effort to share his platform with Iowa residents in preparation for the upcoming Caucuses on February 1. The audience of nearly 250 was primarily white middle to upper aged individuals. Sen. Sanders opened his speech by explaining to the audience his "old school approach" to politics. He stressed the importance of placing focus on what is going on in the country and with that, specifically what is going wrong.

"Real change never takes place without struggle," Sanders said to an immediate round of applause from the audience.

Sanders spent several minutes discussing income wealth and inequality, specifically in regards to the middle class. This topic is not only a fear of currently employed citizens but millennial voters as well. 18-year-old Iowa native Trevor Babcock feels strongly about the senator's campaign. He specifically supports Sanders' stance on income inequality and free college tuition sharing his fear of not being able to pay for college and student debt.

"The one I see fighting for it most is Bernie Sanders," Babcock said. "As well as not having a lot of money, income inequality kind of scares me and Bernie Sanders is fighting against that the most and has the most clear solutions."

Sanders concluded his speech by expressing that none of his ideas are radical, rather that he wants to create a "political revolution." The town hall event closed with a question and answer session. Questions ranged from the candidate's view on the Trans-Pacific Partnership, the war in Iraq and social security, among other topics. Sanders engaged with the audience and said in response, "you are asking all of the right questions."