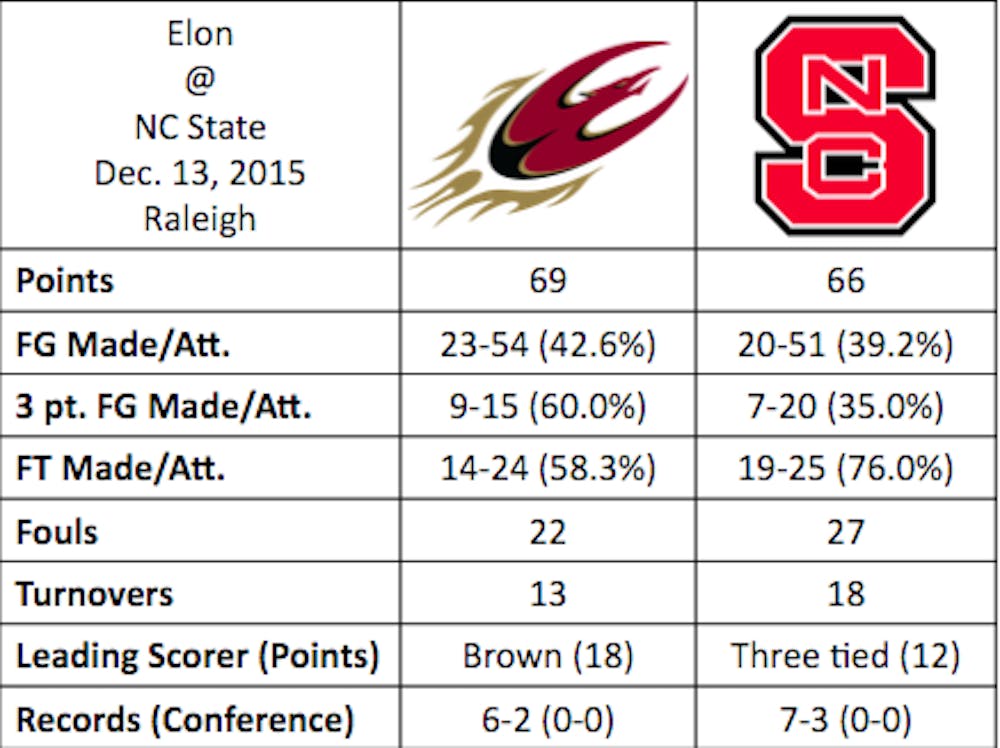 The Elon University women’s basketball team pulled off an upset Dec. 13, defeating North Carolina State University 69-66 in a close game. It's the first win over NC State in program history after the Phoenix lost the previous eight games to the Wolfpack.

The first game after a break for finals, which was played at Broughton High School in Raleigh because of renovations at NC State’s Reynolds Coliseum, was tightly contested all afternoon, with neither team leading by more than three points at the end of each quarter.

Sophomore center Malaya Johnson made a jumper with just more than two minutes left to give Elon a 64-62 lead, which Elon did not give up for the rest of the game. Junior guard Maddie McCallie made two free throws, and fellow junior guard Lauren Brown added one more free throw to keep the Phoenix ahead in the final seconds of the game.

Brown and McCallie led the Phoenix on the afternoon, each making four 3-pointers. McCallie finished with 16 points and eight rebounds in 37 minutes, leading the Phoenix in playing time.

Meanwhile, Brown tied her career-high with 18 points, making 5-of-6 shots in the field (4-of-5 from deep) and 4-of-6 free throws as well. For her efforts in just 22 minutes against the Wolfpack, Brown was named Colonial Athletic Association Player of the Week Monday.

The Phoenix takes the week off before returning to Alumni Gym at 3:30 p.m. Saturday, Dec. 19 to face High Point University.