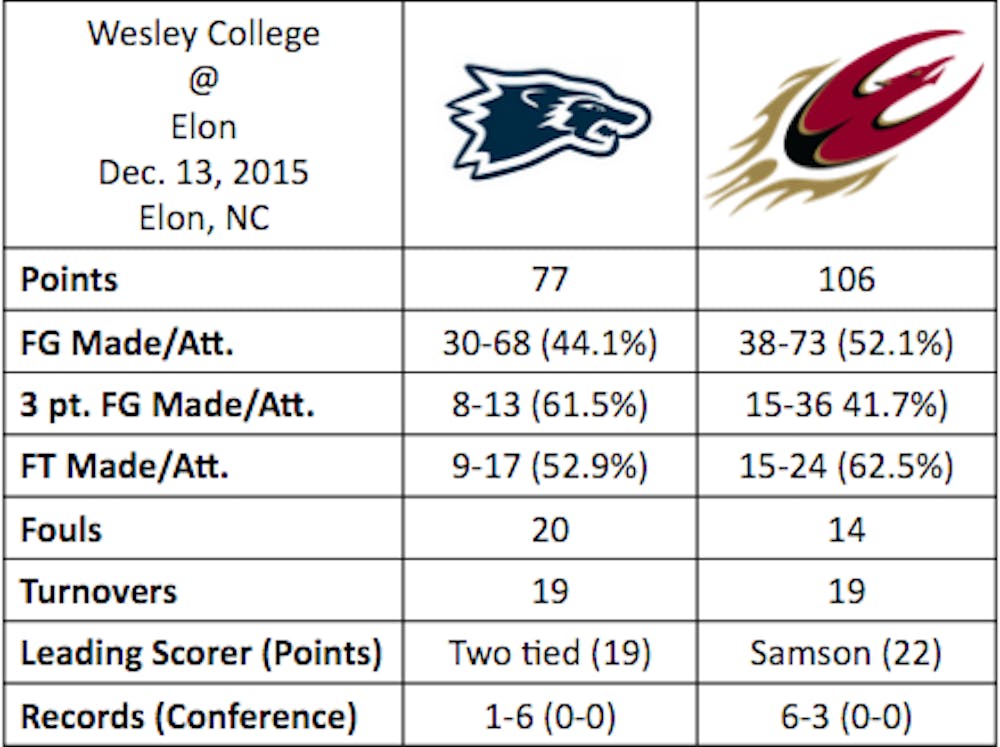 In the first game after finals, the Elon University men’s basketball team rolled to a 106-77 victory over Division III Wesley College Dec. 13.

The Phoenix scored 64 points in the second half, with the scoring for the afternoon contest spread across 12 players. In total, 16 of the 17 players on Elon’s roster saw action Sunday.

Elon’s next game is at 7 p.m. Dec. 16, when the Phoenix hosts Alabama State University.