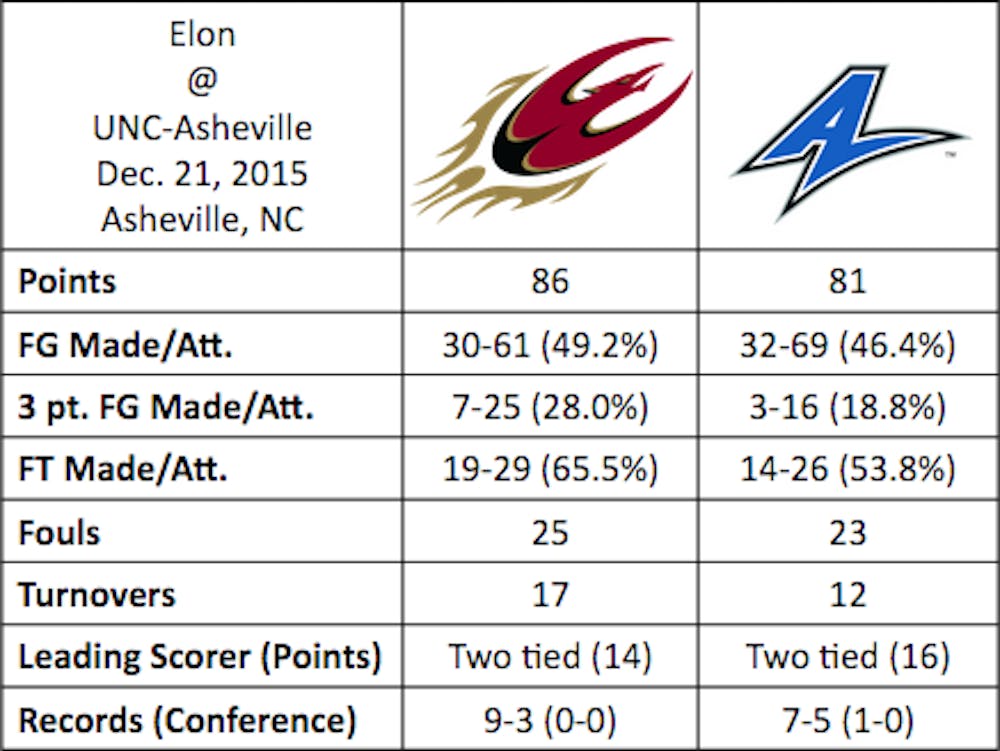 The Elon University men's basketball team extended its winning streak to six in a 86-81 victory over the University of North Carolina at Asheville Monday.

The Phoenix made six straight free throws in the final 15 seconds to ice the tightly-contested game over the Bulldogs, who also entered Monday with a five-game winning streak.

The Phoenix takes a week off before heading to Durham at 8 p.m. Dec. 28 to take on Duke University. The game will be broadcasted on ESPNU nationally.