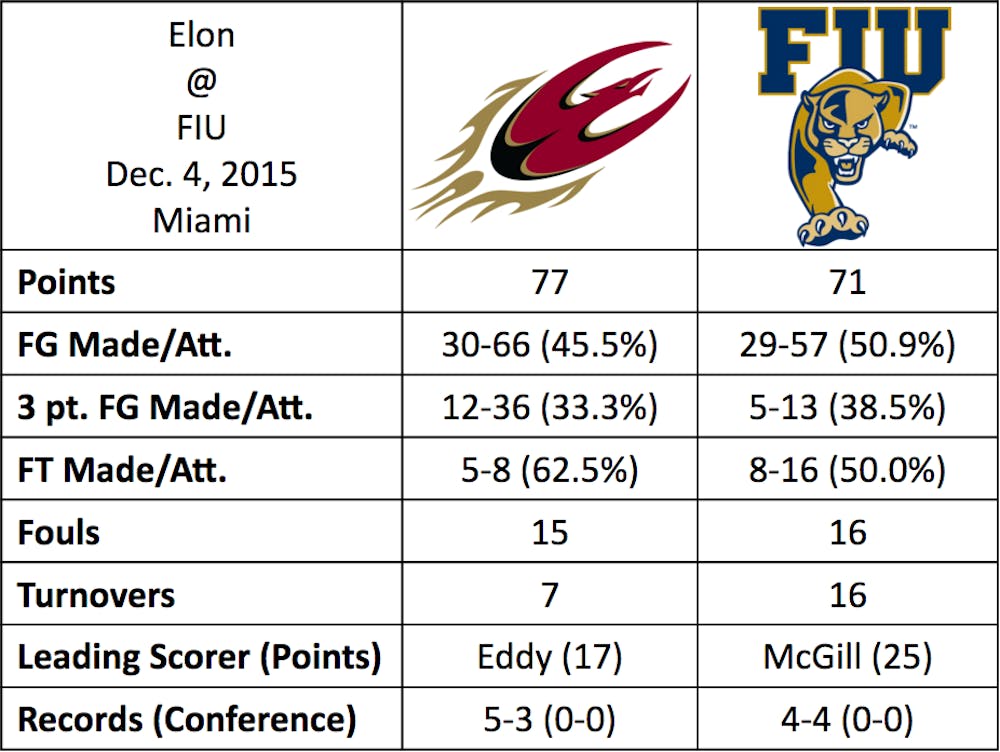 The Elon University men’s basketball team rode the coattails of a 10-0 run by junior guard/forward Christian Hairston out of the final media timeout to defeat Florida International University 77-71 Friday night in Miami.

Hairston made five layups in a two-minute, 23-second span to turn a six-point deficit into a four-point lead for Elon. Hairston finished the night with 16 points on 8-10 shooting and added six rebounds.

Junior guard Luke Eddy made the next two layups to push his point total to a game-high 17, shooting 8-13 from the field. He also added six of Elon’s 20 assists on the night.

Senior guard Tanner Samson added 15 points on 5-12 shooting from the field, scoring 12 in the first half. Every shot Samson took was a 3-pointer, adding to his total of 54 shots from deep on the season, even as he’s only attempted 65 shots total. Samson also led the team with eight rebounds.

For the Golden Panthers, junior guard Donte McGill led all scores on the night with 25 points, shooting 10-13 from the field and adding 4-6 from the free throw line.

The Phoenix improves to 5-3 with the victory, while FIU falls to 4-4. Elon will take a week off to allow its players to study for final examinations before returning to action at 2 p.m. Sunday, Dec. 13, hosting Division III Wesley College.