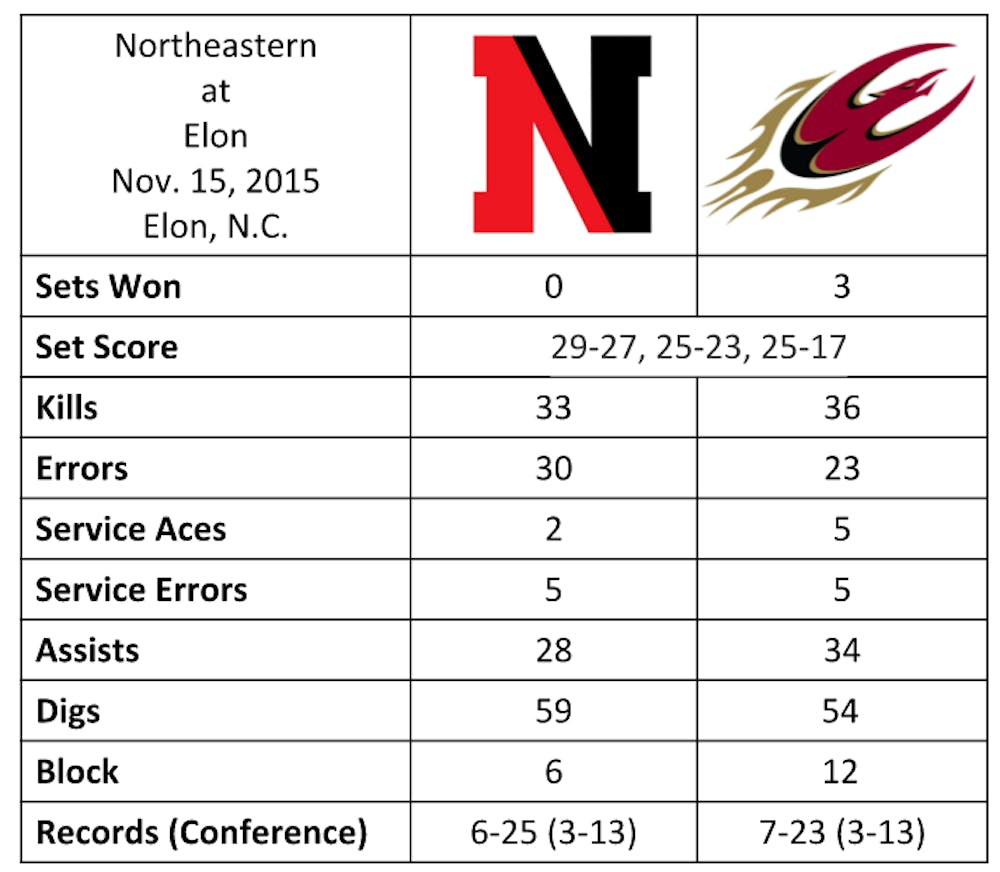 The teams battled back and forth early in the first set. The Huskies held a 13-10 lead before the Phoenix rallied to tie the score, 13-13, after an attack error. The Phoenix took a 24-23 lead after a service ace by junior outside hitter Kayla Agae. Elon won the first set, 29-27.

"It was a good culmination of all of our efforts this season," said sophomore outside hitter Sydney Busa. "There were times when things didn't go our way, but we fought through the whole season. To come out with a really dominating win shows we're a quality team."

The Phoenix carried its first set momentum into the second set, establishing an early 5-0 lead taking a 15-11 lead after a kill by sophomore setter Sydel Curry. The Phoenix led by as many as five before Northeastern closed the gap, pulling within one, 22-21, but Elon took the second set, 25-23.

The Phoenix started strong in the third set, taking a 6-0 lead. Northeastern responded by pulling within three, 10-7, after a setting error by the Phoenix. Elon maintained its lead for the duration of the set, winning it 25-17 to sweep the Huskies, 3-0.

"It was awesome because they've been working so hard in practice and in matches," said head coach Mary Tendler. "We've been close so many times and just not able to finish out, so to finish this out in three sets was the perfect ending."