Picking up the tempo

Shot clock change should help high-paced Phoenix get even faster 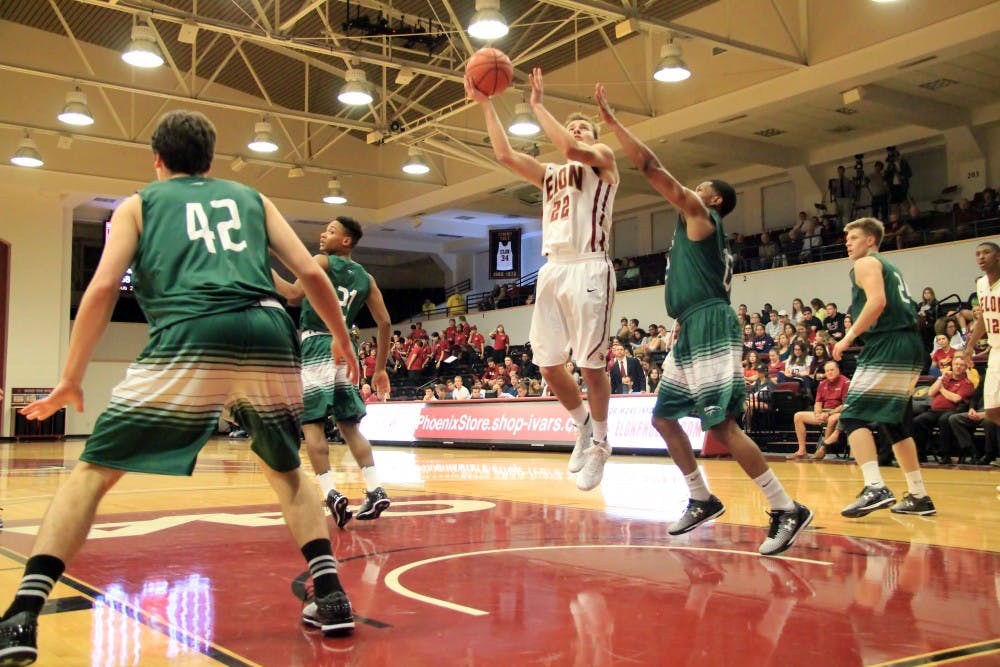 On June 8, the NCAA announced it had approved numerous rule changes to men’s basketball games, most notably cutting the shot clock from 35 seconds to 30 and decreasing the amount of timeouts allowed to each team. The shot clock change is sure to have the biggest impact right away.

The Elon men’s basketball team finished 29th in Ken Pomeroy’s adjusted tempo metric — a measure of how many possessions per 40 minutes a team would have on average against a typical Division I defense. The Phoenix often pushes the ball in transition and looks to get quick, efficient shots in the half-court through constant motion and screening. So, now that the NCAA has trimmed five seconds off the shot clock, Elon will likely ramp up the pace to even more to stay in front of the pack nationwide.

“Five less seconds, I don’t see that being a problem for us,” Eddy said.

For head coach Matt Matheny, pace is a necessity when it comes to staying competitive. Matheny has hedged his bets on a hectic pace to set his team apart, and his players have taken note of how that could open things up on both sides of the ball.

“Defensively, I think it may work to our advantage,” said senior guard Tanner Samson. “Sometimes, we can give guys some more pressure and pressure the full-court and slow them down, and then when they get in their half-court offense, there’s less time. I think Coach has done some good things with implementing some press than we had in the past, and things like that.”

“Most of the teams in our league are pretty fast-playing teams, so I really don’t see the 35 to 30 being a big jump,” he said.

Nonetheless, cutting the legally allotted time for a team to find its shot by nearly 15 percent is a big deal. The effects it may have in the short term are questionable at best — teams fumbling the ball and getting lost while trying to keep up with an increasingly stressful timeline, and players staying in line with conditioning, are primary side effects to look for in year one of implementation. Long-term effects, such as more stylistic and personnel-driven changes to adapt to a new environment, will take more time to present themselves.

But, until that happens, the shortened shot clock isn’t going anywhere. And few basketball programs are better positioned to adapt to the new structure than Elon’s.

“We actually have been playing a lot faster,” said sophomore guard Dmitri Thompson. “We’ve been getting the ball up, we have Luke [Eddy] back now, he distributes the ball well, but he likes to get his own shots, he can do that very well. We’re shooting a lot faster.”