Men's basketball kicks into gear in second half of rout 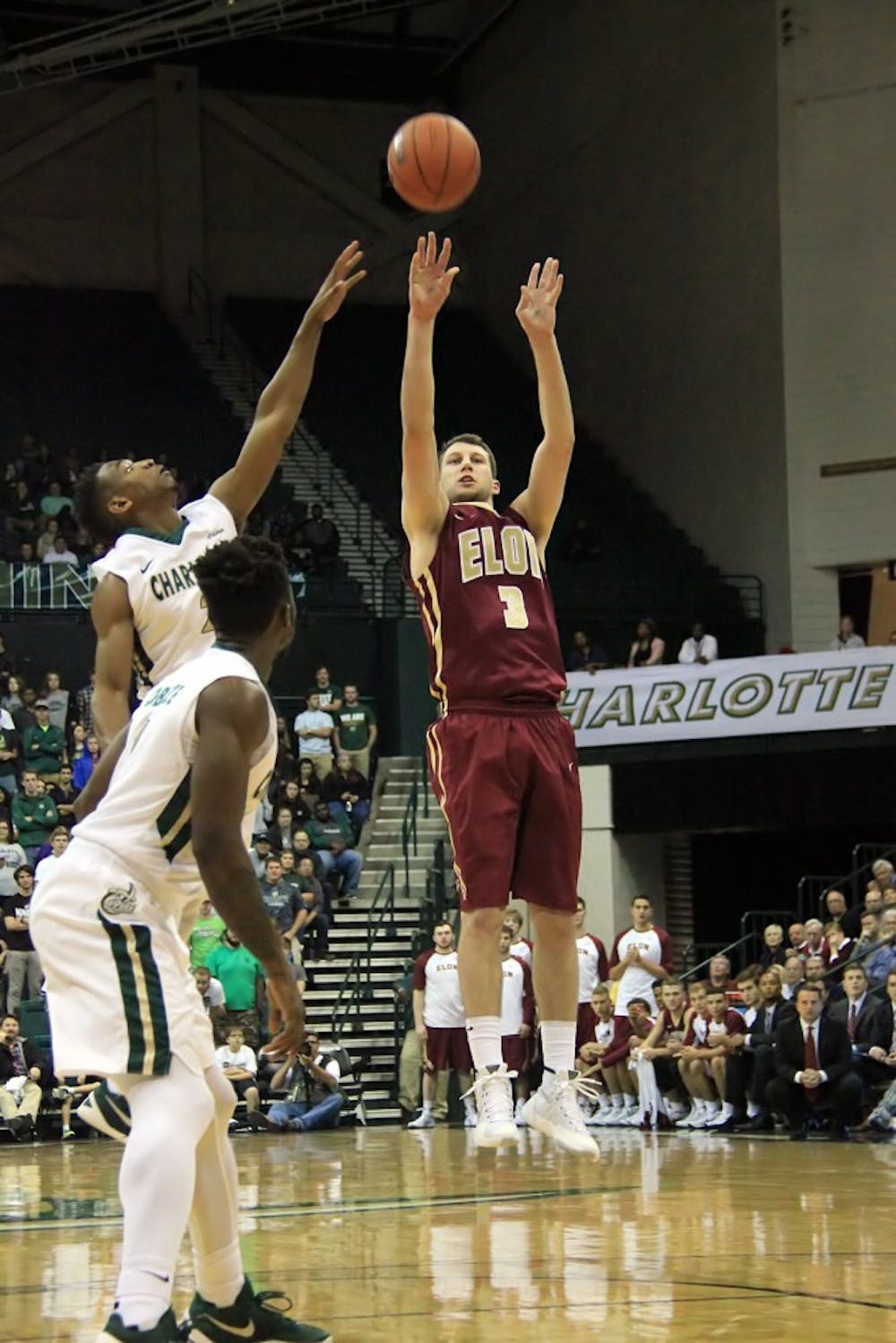 Senior guard Tanner Samson led all scorers with 18 points on 5-11 shooting and 3-9 from beyond the arc. Freshman guard Steven Santa Ana chipped in 17 points off the bench on 5-8 shooting.

“I just tried to come out and run the system like coach always says,” Santa Ana said. “Guys were setting me good screens, getting me open, giving me a good pass, and I was able to knock down shots tonight.”

In total, five Elon players recorded double-digit points, including freshman forward Tyler Seibring, who had a double-double with 12 points and 10 rebounds.

The Phoenix started 0-5 from the field to start to start the second half. After leading by as many as 12 in the first half, Belmont Abbey cut its deficit to one after a layup by sophomore guard Markel Pollard with 16:41 remaining in the game.

The Phoenix then took full control of the game, going on a 21-0 run to extend its lead to 63-41. A pair of threes from Santa Ana helped ignite the run and extend Elon’s advantage back to double figures. Head coach Matt Matheny said after a timeout following Santa Ana’s first three, his assistant recommended they run another play for Santa Ana. Santa Ana hit the ensuing three off an inbounds pass to give Elon a 52-41 lead.

“I had hoped we’d play the whole game the way we played the second half,” Matheny said. “I was most pleased with the way we communicated defensively. It seemed like we had an extra step.”

Samson had the hot hand early, going 3-3 from beyond the arc in the first four minutes of the game. The Littleton, Colorado, native remained the focal point of Elon’s offense early in the first half, scoring 15 of Elon’s first 17 points. Samson wasn’t trigger shy early, especially after seeing the first couple buckets go down.

“If the look’s there for me, I’m going to take it,” he said. “I’m very confident with each and every shot.”

With the win, the Phoenix improves to 2-1 on the year. Belmont Abbey remains at 1-1, as the contest only counted toward Elon’s record.

The Phoenix travels Nov. 21 to the Carrier Dome to face Syracuse University as a part of the Battle 4 Atlantis Mainland Games. Santa Ana said the Phoenix learned to play within itself against tougher opposition after its loss to the University of Michigan Nov. 16, another power conference opponent.

“We just have to make easy, smart plays and not try to hit a home run every time,” he said.