Phoenix unable to keep Orange big men off the glass 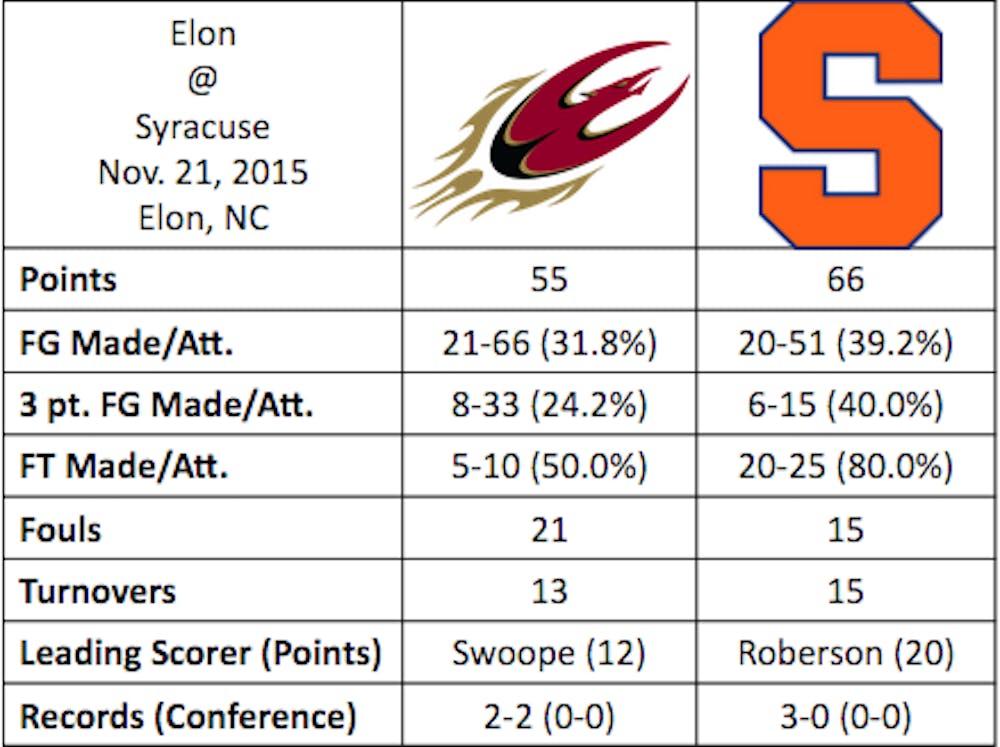 The Elon University men's basketball team fell to Syracuse University 66-55 in a Battle 4 Atlantis matchup at the Carrier Dome Saturday.

The Phoenix held the lead three separate times in the contest, as late as with 14:10 left in the second half. The Orange responded with a 21-6 run that put the game out of reach with just less than eight minutes left.

The Phoenix was physically outmatched by the Orange's frontcourt as it struggled to contain junior forward Tyler Roberson, who nabbed 16 rebounds to go with his 20 points. Freshman forward Tyler Lydon racked up seven rebounds as well.

Elon also struggled against Syracuse head coach Jim Boeheim's famous 2-3 zone defense. The Phoenix couldn't find a rhythm from long range to break the zone, converting on just 8-of-33 3-point attempts (24.2-percent). Freshman guard Dainin Swoope was in a rhythm early on, but finished just 4-of-14 from beyond. Junior guard Luke Eddy was 2-of-5 from distance.