Elon wins 27-22 in first game after death of teammate 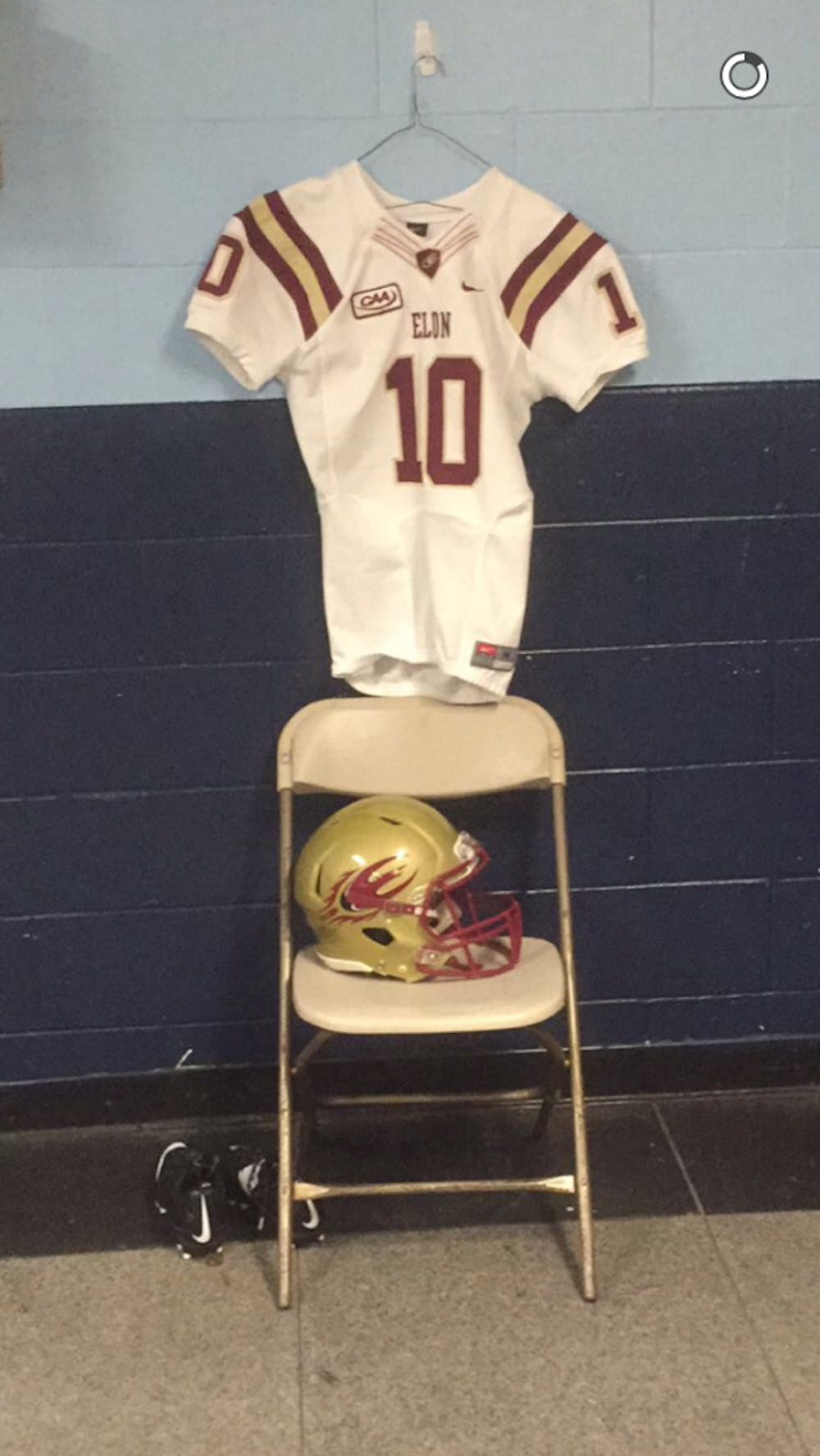 In the first game after the death of junior wide receiver Demitri Allison, the Phoenix bursted out to a 17-0 lead in the first half, and was able to respond when the Black Bears stormed back in the fourth quarter.

The defense shone in the first half for Elon, forcing three turnovers. Senior defensive back Miles Williams forced a fumble on the first defensive play of the game for Elon, which was recovered by junior linebacker Corey Mitchell.

On the next play, redshirt freshman quarterback Connor Christiansen rolled right on a play-action and found freshman wide receiver Corey Joyner open for a 16-yard touchdown.

Elon added 10 points in the second quarter off of a 42-yard field goal from junior kicker John Gallagher and another touchdown pass from Christiansen to Joyner, this time from eight yards out. The lead was 17-0 at the half.

Maine responded with 16 straight points, but after a touchdown cut the deficit to one, sophomore kicker Sam Lenson missed the extra point. Elon maintained a 1-point lead.

On the next drive, freshman running back Malcolm Summers stepped up for Elon, breaking out a 21-yard rush to get Elon to the red zone. Two plays later, Summers went right and wasn’t touched, scoring a 13-yard touchdown.

Elon’s defense forced a turnover on downs in the next sequence, and after three plays, Gallagher hit a 33-yard field goal to make it a two-score game again.

Maine would add a 7-yard touchdown pass as the clock expired, but without a chance to tie the game on the conversion, officials ended the game.

The Phoenix improves to 4-6 (3-4 CAA) on the season, the most wins for Elon in four years. Maine falls to 4-6, with a 3-4 record in the CAA. Elon finishes its season at noon Nov. 21 when it hosts the University of Delaware.