Elon Commencement set to be held in front of Alamance 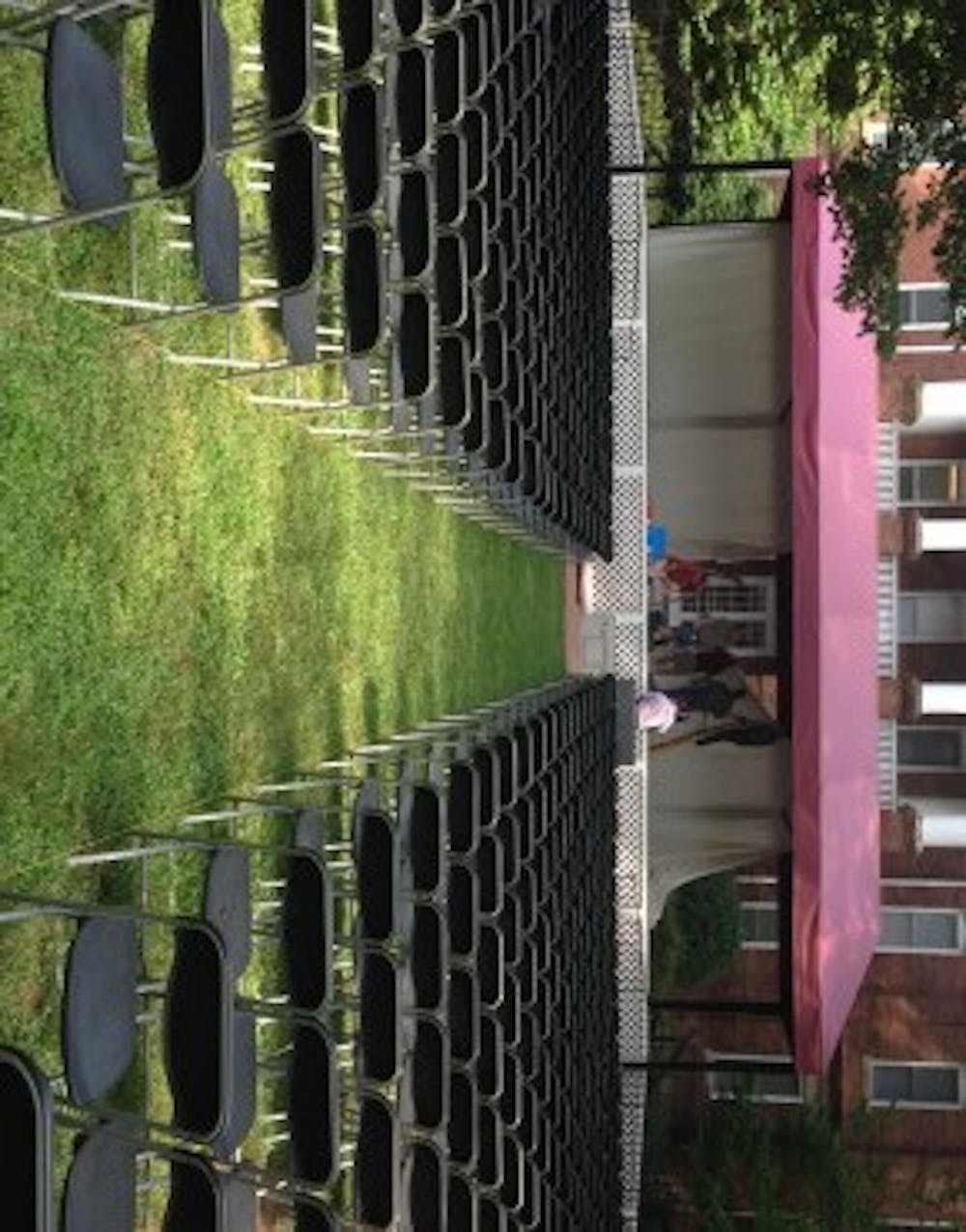 In an e-mail sent to the class of 2016, senior class president Sean Barry announced that 2016 commencement will be held in front of Alamance instead of under the oaks. Barry says the decision was made after looking over survey results and consulting with university administration.

This change will allow for open seating with no limit on the amount of tickets graduates will receive.

Due to the construction of Schar Hall, tickets for commencement in the traditional location of under the oaks would have been limited to 4 tickets per student. Senior class officers sent a survey to the graduating class in October to gauge their opinion on where commencement should be after students voiced concerns about the limited number of tickets.

Graduation was first held under the oaks in 1923 after the commencement building burned down. The tradition started again in 1987 and commencement has been held there ever since.

For commencement outside of Alamance, chairs will be set up facing Alamance building and going across Haggard and onto Young Commons. It was noted that this option will provide limited shade protection.

Senior class officers and university administration also mentioned that they are considering one option of graduates processing through a line of faculty under the oaks and receiving their sapling after commencement, back under the oaks.

Because of the limited space in alumni gym, each graduate will be given two rain plan tickets to be used for seating in Alumni Gym. The ceremony will be broadcast in other locations around campus for other guests.

More information on commencement will be announced by the university in the spring.