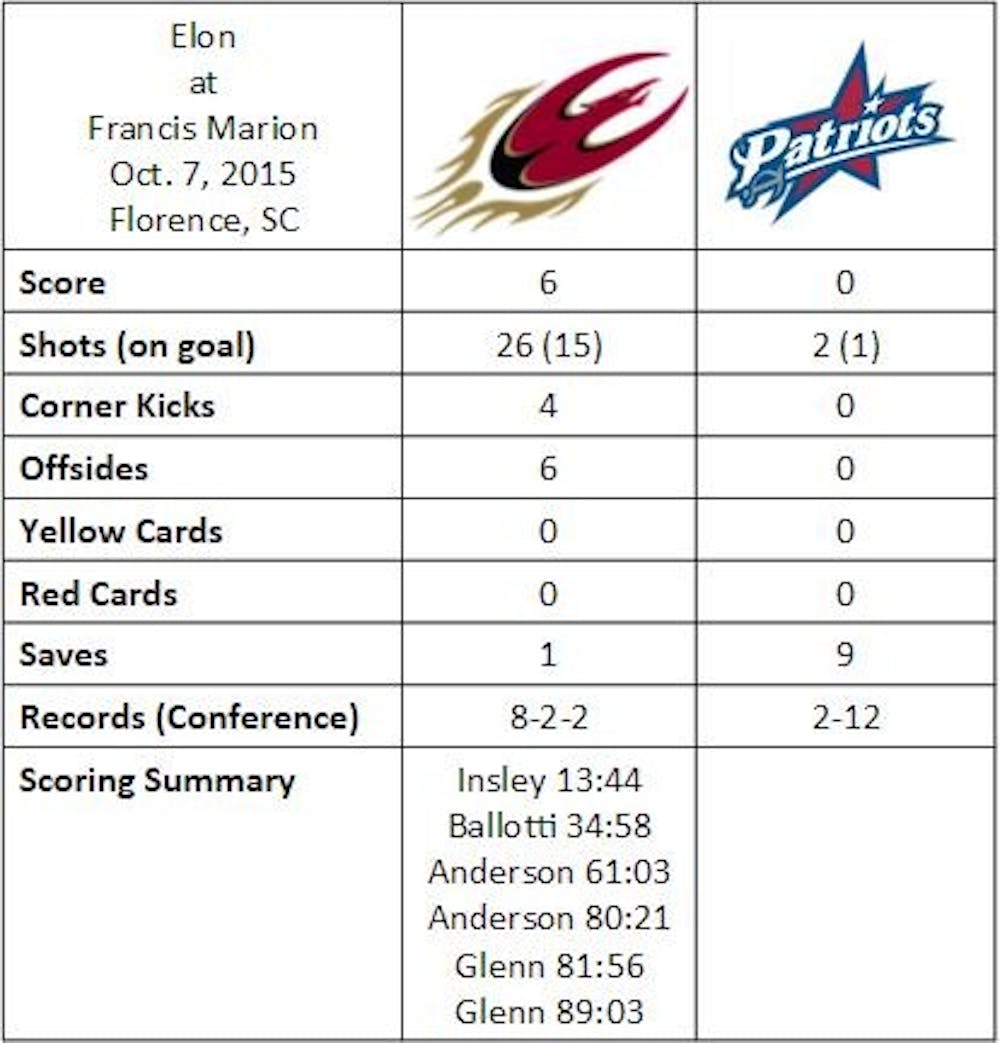 While the Phoenix dominated the first half in other ways (13 shots to Francis Marion's one), the team still only held a two-goal lead. The second half proved much different, as sophomore forward Susannah Anderson and senior midfielder Taylor Glenn each tallied two goals for the Phoenix. Anderson's goals came in the 62nd and 81st minutes, while Glenn scored in the 82nd and 90th minutes.

The Phoenix (8-2-2) gets back into conference play at home Oct. 9 against the University of North Carolina at Wilmington, and closes out its home schedule with a senior day match Oct. 11 against College of Charleston. Francis Marion dropped to 2-12.