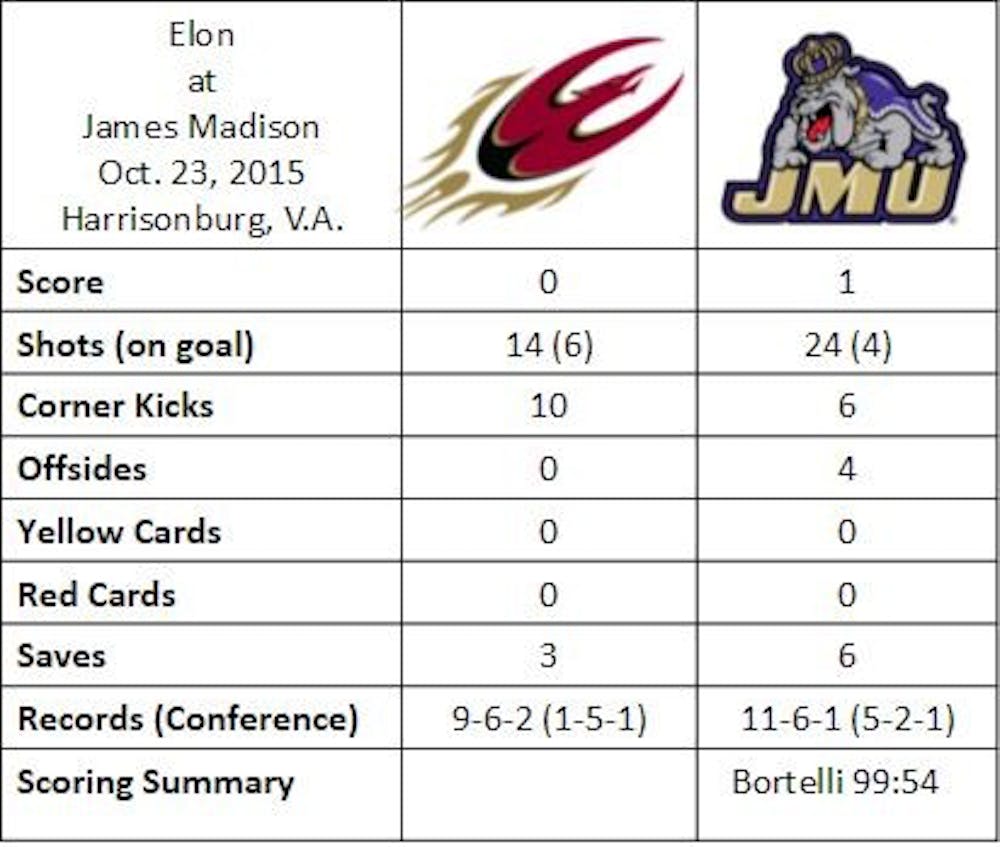 The Elon University women’s soccer team was seconds away from the second overtime period against James Madison University, but the Dukes scored with six seconds remaining in the first overtime period to defeat the Phoenix 1-0 Friday night in Harrisonburg, Virginia.

Sophomore midfielder Allison Bordell’s header found the back of the net moments before the conclusion of the first overtime period, giving the Dukes a win it sorely needed heading into the Colonial Athletic Association tournament next weekend. Until then, scoring had been a struggle for either side.

The first half was largely uneventful until the last five minutes, when each club had some of its best chances of the game. James Madison had its best chance of the first half minutes before halftime, when senior midfielder Rachel Ivey’s shot hit the post.

Freshman forward Tori Baliatico also had a chance seconds before halftime, taking the ball from a James Madison defender, but her shot was saved and both clubs went into halftime without a goal.

The second half was more of the same, as neither side was able to muster a goal during regulation. Baliatico remained a strong presence in the match, being the closest to actually scoring a goal on a breakaway in the 69th minute. Her first shot was saved by senior goalkeeper Ellen Forrest, and on the rebound Baliatico hit the ball with her hand as she tried to control the rebound.