Women's soccer eliminated from playoff contention with loss at Towson 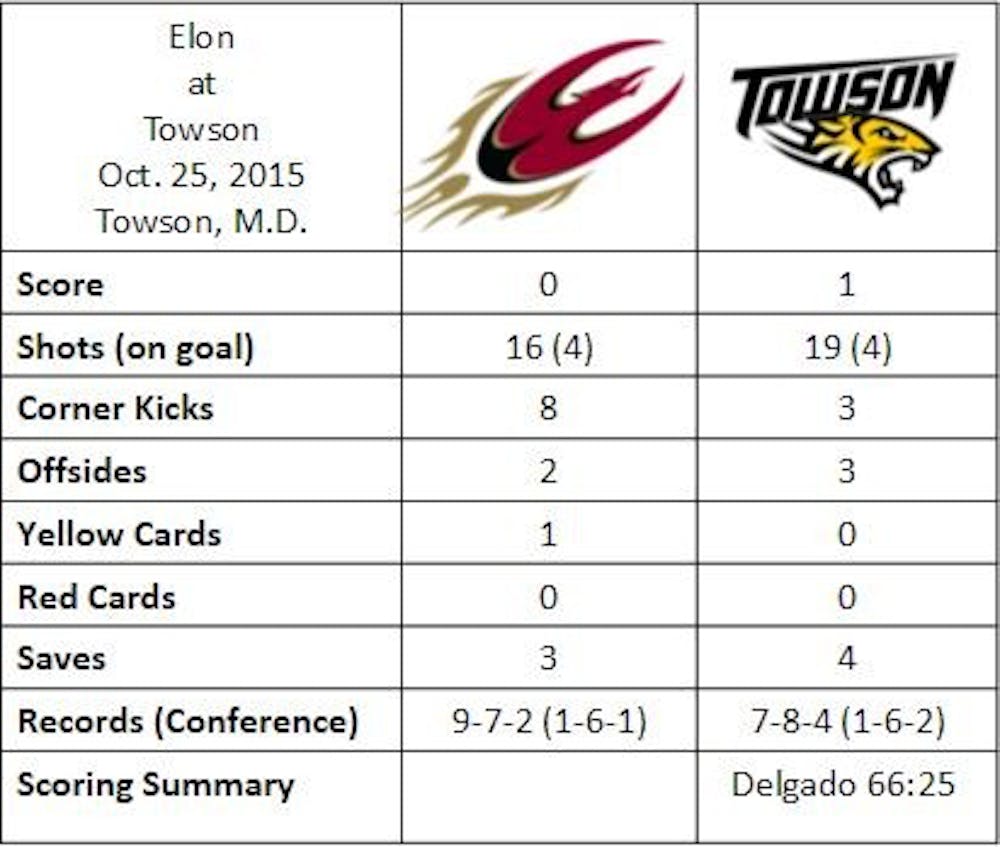 The Elon University women's soccer team took 16 shots Sunday afternoon but nevertheless failed to find the back of the net, falling to Towson University 1-0 and getting eliminated from Colonial Athletic Association (CAA) tournament contention.

Senior defender Vasthy Delgado scored the only goal of the match for either side in a game that saw a combined 35 shots (19-16 in favor of the Tigers), including eight shots on goal — four for each side.

The Phoenix had chances early and often in the first half, leading the Tigers on shots at halftime 9-4. The best chance for Elon in the first half came off a corner kick in the 20th minute, but sophomore forward Susannah Anderson's header was cleared off the line by a Towson defender.

The teams went into the half knotted at zero, but Elon came out just as aggressively in the second half, almost taking the lead off when freshman forward Tori Baliatico caught the goalkeeper off her line.

Baliatico's shot went to the left of the goal, though, and the game remained scoreless until the 67th minute when Delgado blasted a shot in the lower left corner from outside the box to give the Tigers the winning goal.