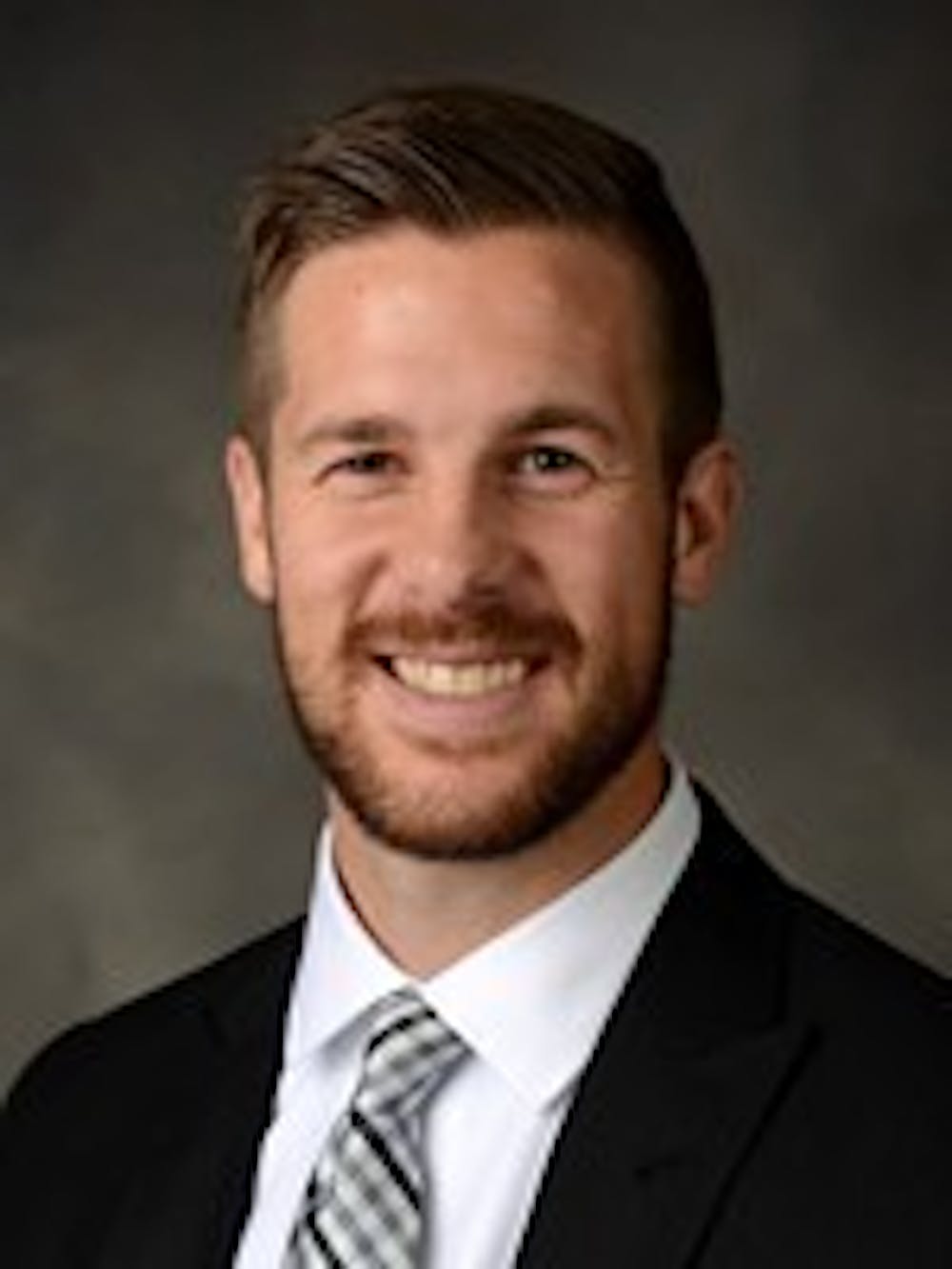 If someone had told college-aged John Pardini that he’d be coaching Division I soccer in North Carolina at this point in his life, he would have laughed. But after three years as an assistant coach for the Elon University women’s soccer team, his interesting path to from Smithtown, New York, to Elon has given him a chance for a future as a collegiate head coach.

Pardini played Division I soccer at Fordham University, earning first-team All-Atlantic 10 Honors in 2007 and 2008 and participating in the New York Red Bulls Academy. After graduating, Pardini stayed in the area to get his Master’s Degree of Science in Teaching Adolescent Social Studies from Fordham.

“I was playing with the Long Island Roughriders, a semi-pro team in New York, while I was finishing my masters,” Pardini said. “[But after an injury], I changed career paths.”

He initially came to Alamance County because of an open teaching position at Western Alamance High School, where he could also coach. He then met Chris Neal, head coach of Elon’s women’s soccer team.

“He had recruited my sister when he was at UNC Wilmington, so we got to know each other. I worked his camps for a few years, and stayed in contact with him,” Pardini said.

In 2013, Neal approached Pardini about joining the staff as a volunteer assistant coach.

“He was watching me doing one of my coaching sessions at camp, and they had just lost their volunteer position,” Pardini said. “I could always help out in my spare time as long as it was conducive to teaching and coaching and everything else I had going on at the time.”

Pardini volunteered in 2013, and immediately was treated like any other coach, helping out whenever and wherever he could, often going with Neal on recruiting trips to see players.

“Chris did a really good job at giving me the freedom to be involved tremendously,” he said. “He made me feel like I was a part of the program from day one.”

There isn’t a huge difference between high school soccer and the collegiate game, said Pardini, other than the obvious — increased speed of play and better athletes.

“I think teaching teaches you a lot of things. You learn patience with kids who are emotional, who are still trying to develop,” he said. “I learned a tremendous amount. You do the best you can in creating an atmosphere that they can succeed in.”

Pardini was promoted to full-time assistant for Elon after one year as a volunteer.  Now he’s got his sights set on a new career path.

“My goal is to be a Division I head soccer coach,” Pardini said. “It’s a very unique profession, but right now my goal is to try to absorb and learn as much information as I possibly can.”

Despite his career aspirations, Pardini sees opportunities like the team’s spring break trip to Costa Rica as factors that make this time at Elon special.

“If I ever decide to leave Elon, it’ll be a really tough decision,” he said. “Elon offers unique opportunities that many athletes [and coaches] at other schools don’t get.”