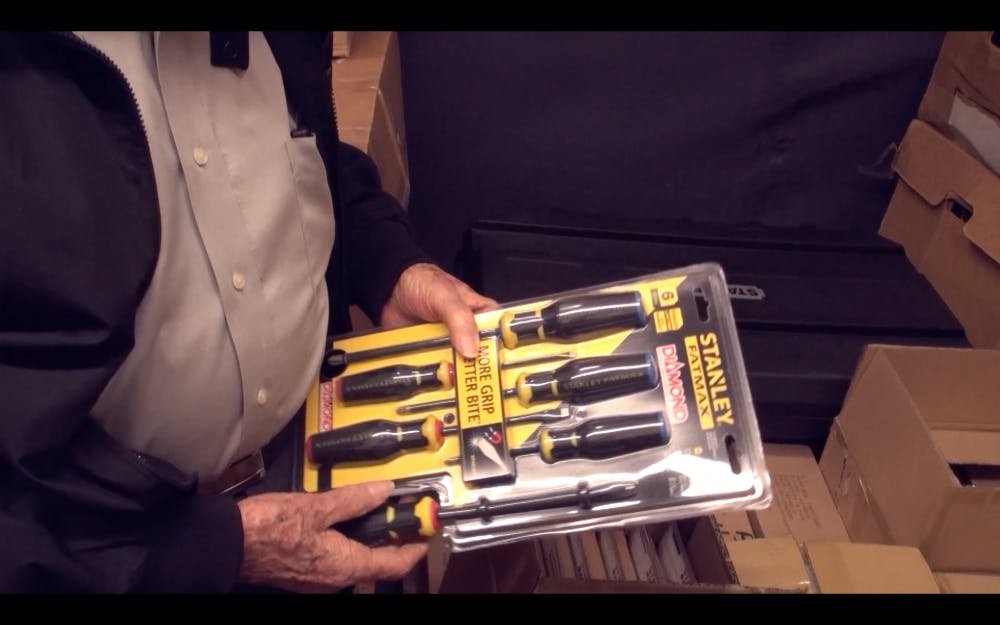 Since the Iraq War, which began in 2003, the Wounded Warrior Project said, there have been over 48,000 service men and women physically injured in combat.

"They need to be recognized from all that they have been through and that's where we come in," Director of REAch's Wounded Warrior Veterans Program and President of the non-profit organization, Resource Exchange Association, Bud Shepherd said.

But Shepherd isn't talking about helping just anybody.

REA allows people in the Alamance County community living below the poverty line to buy food and household supplies at reduced prices. The initiative for veterans is called REAch Wounded Warrior Veterans Program.

"Our desire is to get a toolbox, which is something that is needed by every person, to every wounded warrior that we can get it to," Shepherd said.

These injured veterans are getting toolboxes filled to the brim.

Shepherd said Stanley Black and Decker was very gracious with helping him and his colleagues when they first began the program in 2013.

"We asked them [Stanley Black and Decker] if they would like to get involved. Well, they only gave us one word, 'Absolutely!'" Shepherd said.

Acquiring tools was more simple than finding the soldiers.

"It's not easy to find these guys. There's not a published list of them," Shepherd said.

He and his staff find the injured veterans through Wounded Warriors and Operation Homefront. And this initiative is on Shepherd's homefront too. He was a World War II veteran who left his home in Burlington at eighteen to go to Greensboro and join the Air Force. Just two days after his nineteenth birthday Shepherd remembers:

"We were shot down and he took me prisoner in Germany and I spent the last six months of the war in a German Prison Camp," Shepherd said.

Now Shepherd says, he just wants to give back.

"This is my pet program right here, the tool box program. And I'm going to do everything I can to get one of these to every wounded warrior we can in the country," Shepherd said.

Shepherd will turn 90 years old in November and he plans on continuing to work six days a week.