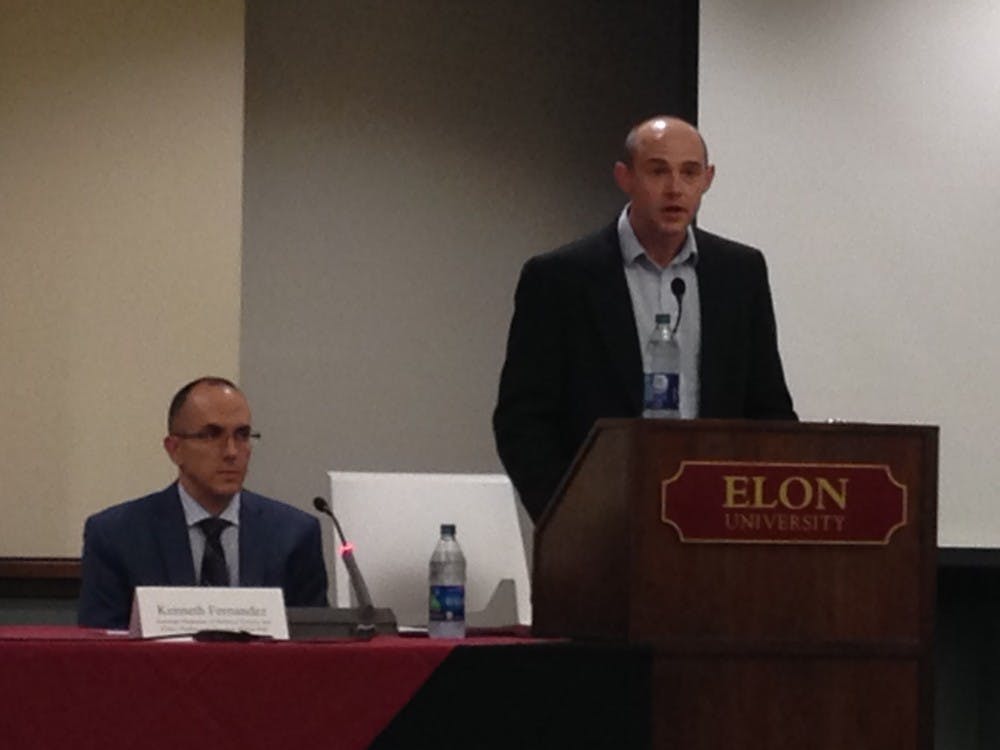 Although the room looked empty, there was a flow of questions being asked to the Elon University faculty and staff panelists. The panel was led by Jason Husser, Assistant Director of Elon Poll and Associate Professor of Political Science and Policy Studies and the four panelists were:

The discussion was directed towards listening to community members thoughts and opinions about gun control. According to the Washington Post and Shooting Tracker there have been over 1,000 mass shootings in the United States since 2013.

"I think a lot of us our frustrated [about gun control], but we can't focus on finding one simple solution. There's not one quick solution," said panelist Kenneth Fernandez.

Despite the controversial topic, there was no tension between the audience and panel.

While these laws represent North Carolina's most current standard, the regulation is much more difficult. This is because of the "private sales loophole." The loophole says federal law does not require unlicensed (private) sellers to perform background checks on prospective purchasers and maintain all records on gun sales. According to the Law Center to Prevent Gun Violence, 40 percent of gun sales made in the United States are transferred by unlicensed sellers.

While the discussion prompted open dialogue with the Elon campus community, there was no clear solution raised as to how to enact change, at least not immediately.