Pair of first half goals spells defeat for Elon 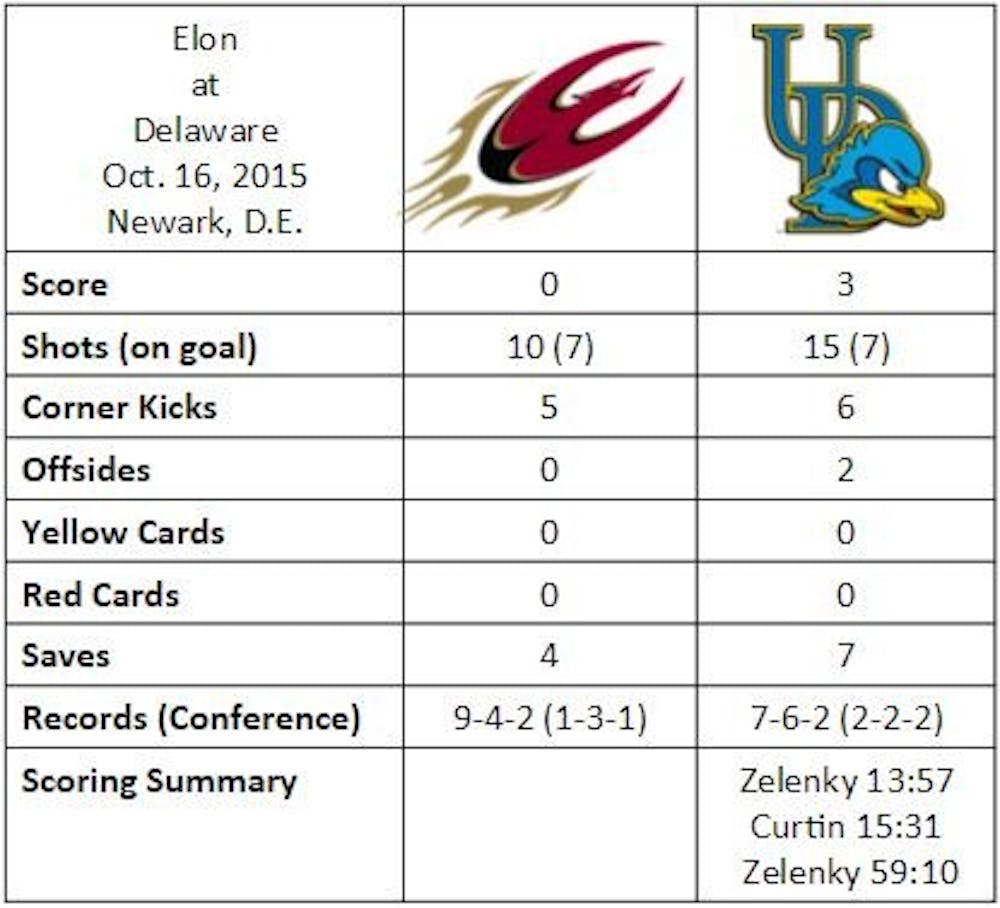 The Elon University women’s soccer team gave up two goals in the span of 90 seconds in the first half of its 3-0 loss at the University of Delaware Friday night.

Delaware junior forward Natalie Zelenky scored the first of her two goals in the 14th minute, scoring from eight yards out to give the Blue Hens an early lead. Before the Phoenix could recover, the lead was doubled when Delaware freshman forward Riley Curtin scored from 15 yards out in the 16th minute, giving Delaware a comfortable 2-0 lead that it would take into the half.

The Blue Hens added to the lead when Zelenky scored her second of the game in the 60th minute, capping the scoring in a game in which both sides had an equal number of shots on goal: seven. While the Phoenix had its chances, Delaware outshot Elon 15-10. Junior goalkeeper Taylor Mohr had four saves in her third loss of the season.

Senior defender Mel Insley was tied for the lead the Phoenix with two shots on goal but was unsuccessful in finding the back of the net. The Phoenix could not replicate its success against the Blue Hens from last season, when Elon defeated Delaware 2-0 on Elon's senior day.

The Phoenix, 9-4-2 overall, dropped to 1-3-1 in Colonial Athletic Association (CAA) play heading into a Sunday noon match at Drexel University. Delaware moved to 7-6-2 (2-2-2) with the victory.