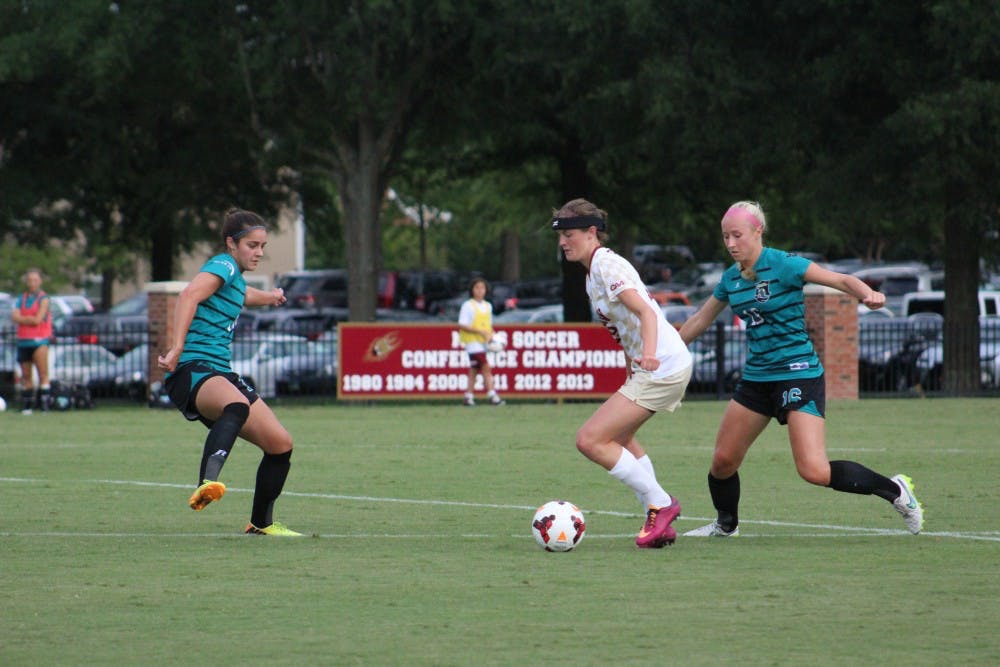 The Elon University women’s soccer team gave up a goal for the first time in five matches against the University of North Carolina at Greensboro, but the Phoenix kept its unbeaten streak alive with a 1-1 draw in Greensboro.

A Phoenix goal in the first half and a Spartans goal in the second sent the game into overtime, the second time the Phoenix has had an overtime match this season (Elon won the other, 1-0, over Davidson University Aug. 23). There was little threat from either side during the two overtime periods, and each team had to settle for a draw.

The first half was mostly balanced until the Phoenix struck in the 34th minute. Senior defender Mel Insley scored a goal almost-identical to the one she scored Sept. 11 against Coastal Carolina University, putting a free kick in the back of the next from 20 yards out to give Elon the lead going into halftime.

Before the second half could even get going, the game was already tied. The Spartans’ senior forward Chesney White hit a shot from 8 yards out to tie the match 20 seconds into the second half, breaking a Phoenix shutout streak of 421 minutes.

The goal was the first allowed by junior goalkeeper Taylor Mohr in four appearances. There were plenty of shots on either side, but the Phoenix outshot the Spartans on target, putting 12 shots on goal to the Spartans’ five.