Gravley's 1,000 kills a testament to consistency 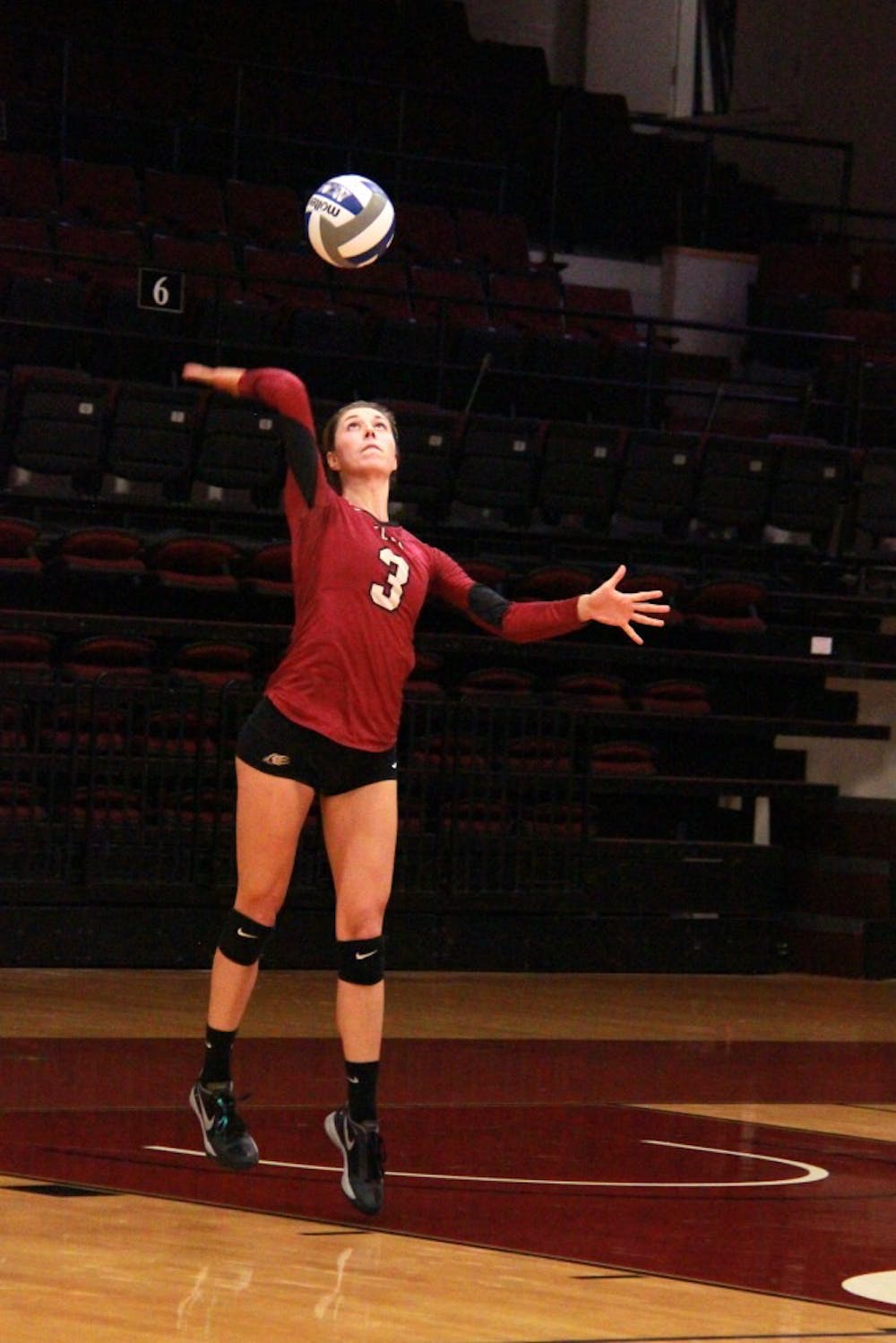 The kill was nothing out of the ordinary to the average bystander. It gave the Elon University volleyball team, en route to a 3-1 loss, its 20th point in the second of four sets against Northeastern University.

But for senior outside hitter Megan Gravley, the player who scored the point, the kill cemented a place in Phoenix volleyball history.

Her fifth in the game was Gravley’s 1,000th kill of her Elon career. She becomes the first Phoenix volleyball player to reach the milestone since 2011, and joins a rare group of outside hitters who have reached the 1,000-kill mark.

“Megan reaching the 1,000-kill milestone represents her work ethic and perseverance through the ups and downs of a four year collegiate career,” said head coach Mary Tendler. “It motivates her teammates to strive for success in the same way she has each and every day.”

Gravley deflects the attention of reaching the quadruple-digit mark, shifting the praise to her teammates.

“This accomplishment shouldn’t be an individual milestone — it should include the whole team,” Gravley said. “I can’t hit the ball without a pass and a set from my teammates, and I can’t thank them enough helping me get here. Honestly, this 1,000-kill mark would not have been possible without my teammates. It means that they believed in me, which is, I think, the coolest thing.”

As a freshman in 2012, Gravley led the team in kills, tallying 350, and averaged more than three kills per set. That performance was good enough to rank her 10th in the Southern Conference in kills, but Gravley was just getting started.

In her sophomore campaign, she once again led the team in kills, with 341, averaging 2.82 kills per set. Gravley was indispensable to the Phoenix offense during her first two years on the team — she played in every game in both seasons, starting 30 as a freshman and 18 as a sophomore.

After being named a team captain before her junior year, Gravley ran into some turbulence. She injured her foot and was only able to play in 24 matches, but still ranked third on the team in kills, totaling 187, and averaging more than 2.5 kills per set.

Gravley returned to peak performance her senior season. Through the first 14 games, she has 129 kills and is averaging 2.74 kills per set. In a five-set loss at High Point University, she finished with a season-high 19 kills. She also had a six-match streak of double-digit kills — 14 against Radford University, 19 in the High Point contest, 12 against Charleston Southern University, 12 in a three-set sweep of North Carolina Central University, 17 against Wake Forest University, and 10 against Davidson University.

Tendler sees the impact Gravley has on the team both on and off the court.

“Megan has exceptional communication skills and will take time to talk to a teammate or the entire team, when needed,” Tendler said. “Whether she is giving praise or wanting more from her teammates, her talks make an impact.”