High Point gets last two points to sneak out victory 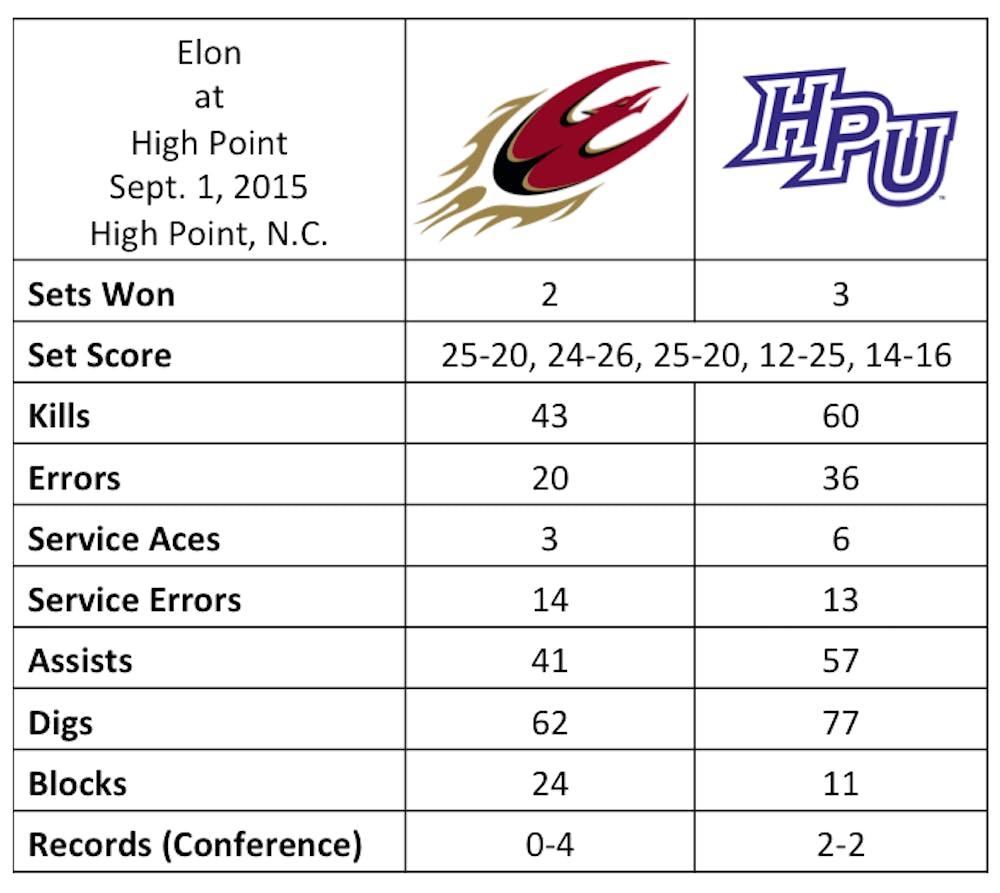 The Elon University volleyball team lost to High Point University in five sets on Tuesday, which extends their season-opening losing streak to. It also marks back-to-back matches that were decided in the fifth set.

Elon started the match strong, winning the first set, 25-20. The Phoenix trailed by as many as six before fighting back into the game to tie the score at 18. After battling back and forth, the Phoenix went on a 5-0 run to end the first set.

High Point rebounded in the second set, winning 26-24 even though neither team lead by more than four points. Elon responded by winning the third set, 25-20.

Despite being outscored in the fourth set 25-12, the Phoenix was not deterred going into the fifth and final set. Elon started slow, trailing by seven before it regained momentum and tied the contest at 14. In the end, the Panthers had two kills in a row, winning the set 16-14, and the match 3-2.

Senior outside hitter Megan Gravley once again spearheaded the Phoenix offense, finishing with 19 kills on the match. Sophomore setter Sydel Curry finished with 25 total and assists, and senior setter Ana Nicksic added 11 more. The Phoenix also out blocked the Panthers, 24-11.

The loss knocks Elon down to 0-4 on the season. The Phoenix makes its home debut against Charleston Southern University on Sept. 4. The match is set to start at 7 p.m.