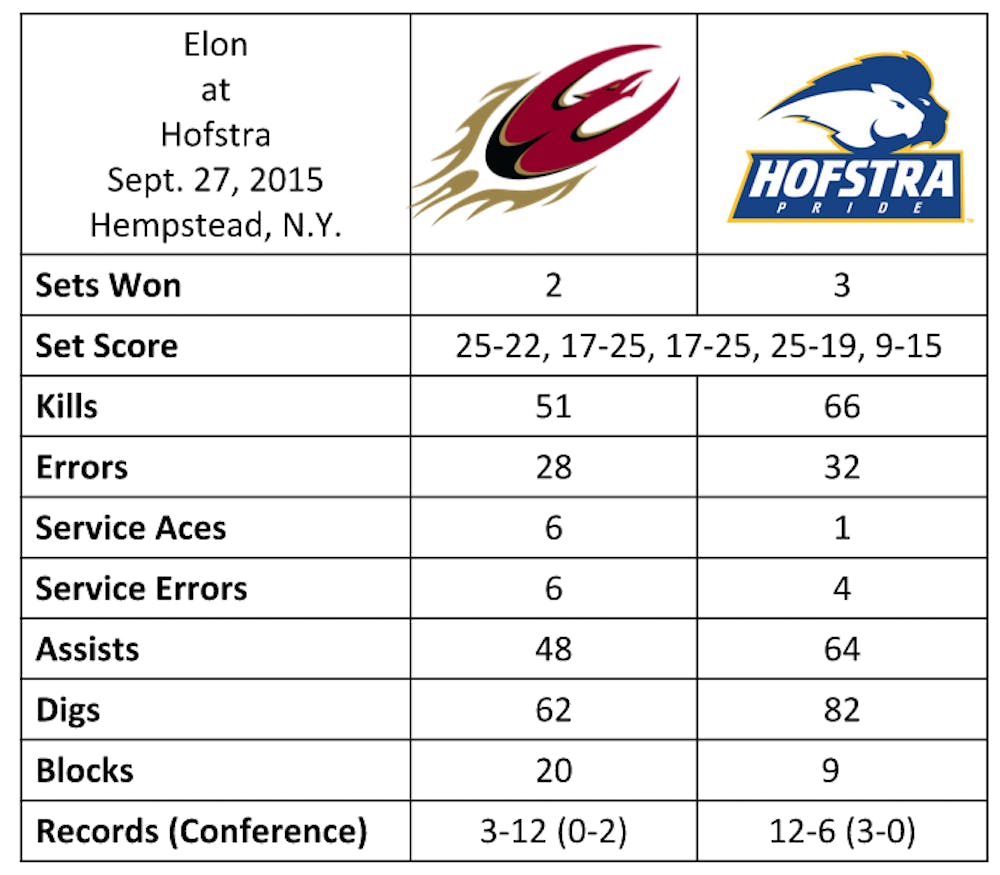 Elon got off to a strong start. With the first set tied 17-17, the Phoenix went on an 8-5 run to win the first set, 25-22. Sophomore outside hitter Sydney Busa had back-to-back service aces near the end of the set to secure the victory for Elon. Hofstra rebounded in sets two and three, winning both by a score of 25-17. The Phoenix reestablished a rhythm in the fourth set, with Busa and junior middle blocker Ally Karle cementing the set with late kills.

Gravley led the Phoenix offensively in the match, tallying 16 kills and 11 digs. Scott finished with 11 kills, while Busa and Karle added seven kills each.

The loss drops the Phoenix to 3-12 on the season and 0-2 in conference play. The Pride improves to 12-6 with a 3-0 CAA record. Elon returns to action in its first home CAA contest of the season when it takes on James Madison University 7 p.m. Oct. 2.