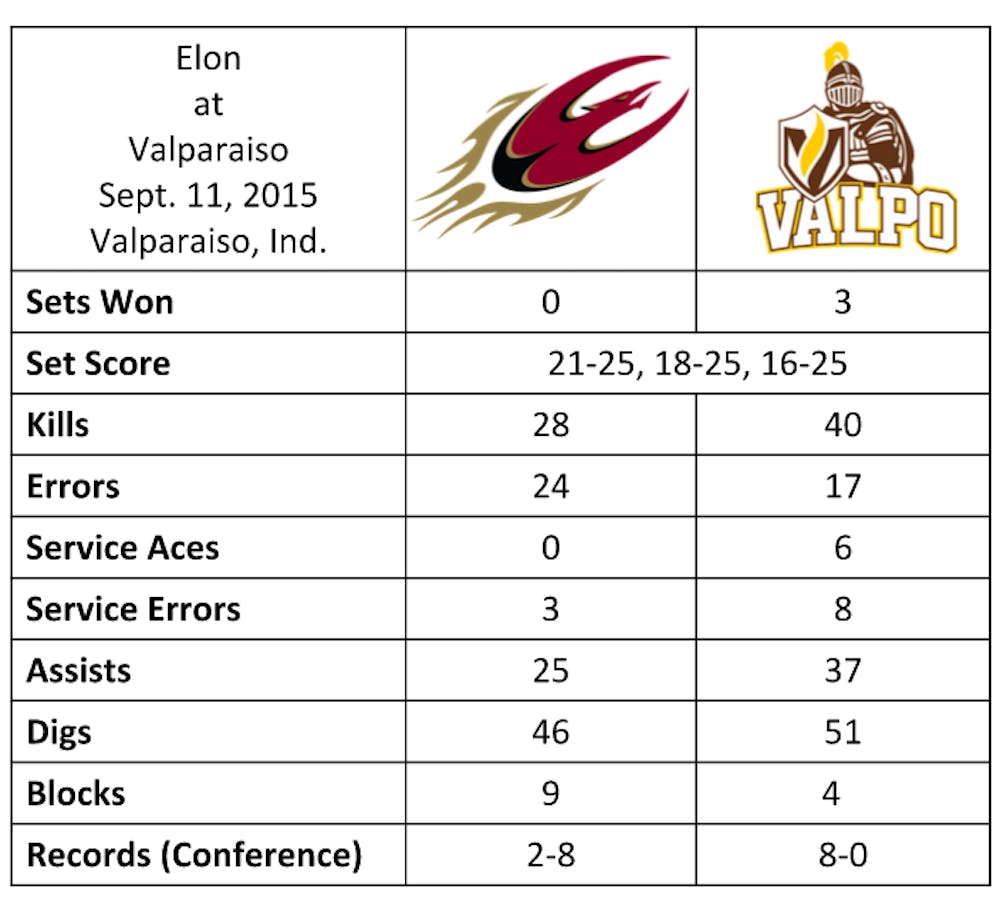 The Elon University volleyball team dropped back-to-back matches at the Popcorn Classic in Valparaiso, Ind. on Friday. Elon struggled in both matches, falling to Loyola University Chicago in four sets before being swept by the host team, Valparaiso University.

The Phoenix had a slow start against Loyola, losing the first set, 25-13. Although the second set stayed close for a time, The Ramblers pulled away from the Phoenix, leading by as many as nine before winning the second set 25-20.

The third set went better for Elon. The Phoenix started the set on a 10-4 run before winning the set 25-23. But Loyola would regain its composure. The Ramblers didn't trail in the fourth set, winning 25-18 and taking the match.

The second match was much of the same for the Phoenix. The Crusaders won the sets 25-21, 25-18 and 25-16. The Phoenix struggled on offense throughout the match, tallying no service aces.  Karle and senior outside hitter Megan Gravley led the Phoenix in kills, finishing with six each. Nicksic and sophomore setter Sydel Curry each had 11 assists. Curry also led the team in digs, finishing the match with 10.

Elon continues play in the Popcorn Classic on Saturday, taking on the Kennesaw State University Owls (6-1) at 10 a.m. and the Savannah State University Tigers (0-9) at 5:30 p.m. The Owls fell to Valparaiso on Friday, 3-0, while the Tigers fell to Loyola, 3-0.