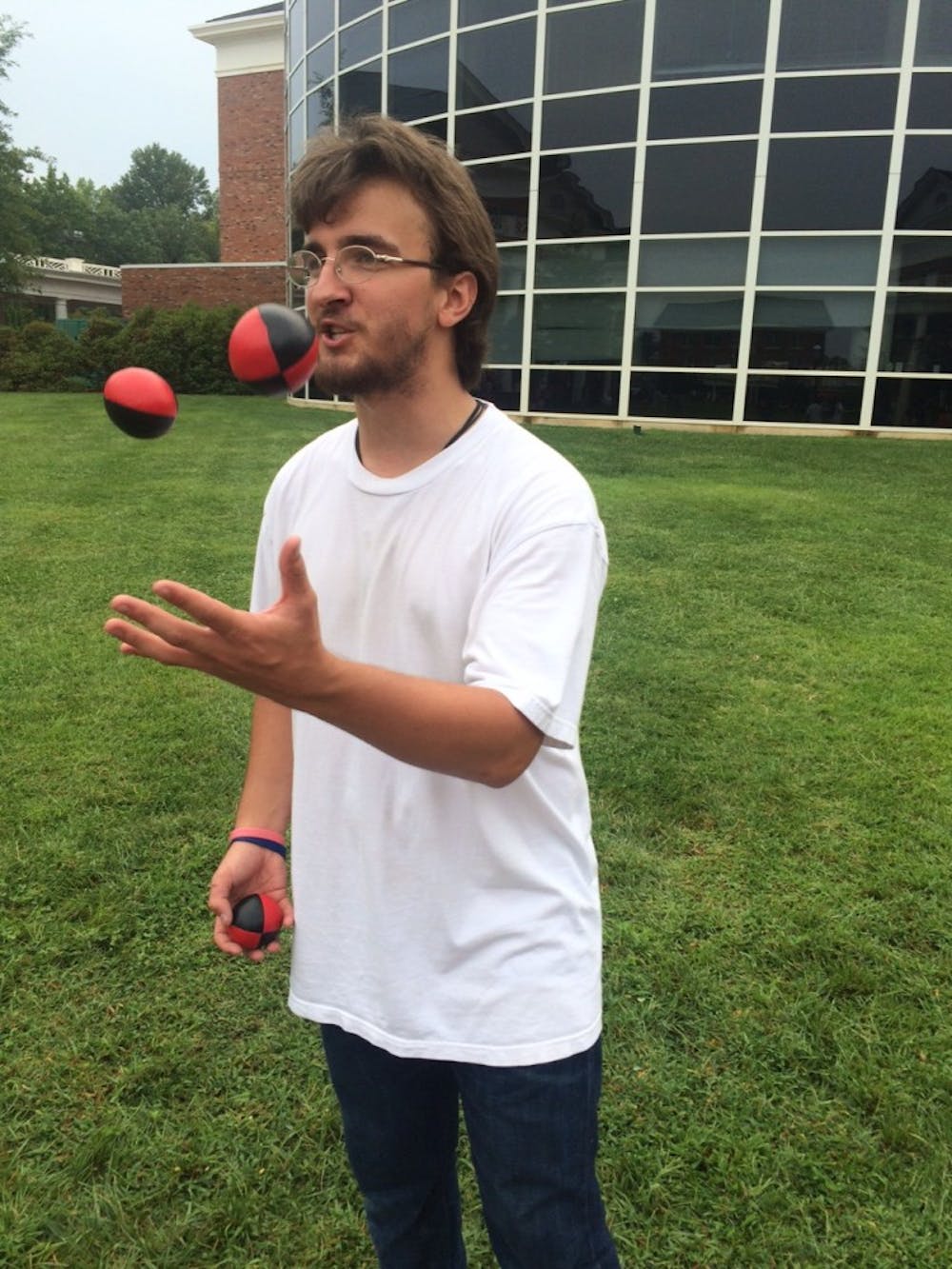 Elon University sophomore Josh Bothwell arrived at the organization fair in unusual fashion. He had no table. He had no signs. But he did have a few juggling balls.

He began performing and, as interested students walked by, he told them his hope of one day creating Elon Circus, a circus performing club on campus.

"The more that I've juggled around campus, the more people have approached me and want to learn how to juggle," Bothwell said. "I think just by the act of walking around campus juggling I've raised some sort of awareness. Hopefully it's enough to get the ball rolling."

Bothwell tried to gain Elon's approval to form a circus club last year but did not have enough members to earn official recognition. He said part of his struggles were changing students' false, often negative, perceptions of circus performers.

"I found that people are very interested in circus arts but often have a negative stereotype about it," he said. "They think performers are bums and can't do anything else but it's actually a very hard art form."

Bothwell's passion for circus performing began fairly recently when he learned how to juggle a few years ago.

"I've been circus performing for about three years now," Bothwell said. "I started out with juggling but I've moved on to clowning, stilt walking, a little bit of magic and all this other stuff."

Although he got three people to sign up for Elon Circus midway through the fair, he faced major competition from some of the more established student organizations.

"All the organizations are pretty excited to have people sign up," freshman David Dignan said. "I particularly liked a cappella and frisbee."

Sylvia Munoz, the director of El Centro, an organization dedicated to providing Spanish language and cultural learning opportunities, was particularly pleased with the interest her organization generated.

"We've had a lot of people come up who are interested in improving their speaking abilities and we have had students that had done a different language in high school come up as well," Munoz said. "That's the nice thing about El Centro. We get the good people."

While Bothwell looks to recruit new students into his organization, he recognizes the difficulties that lie ahead in competing with larger clubs.