Ending hazing is up to students 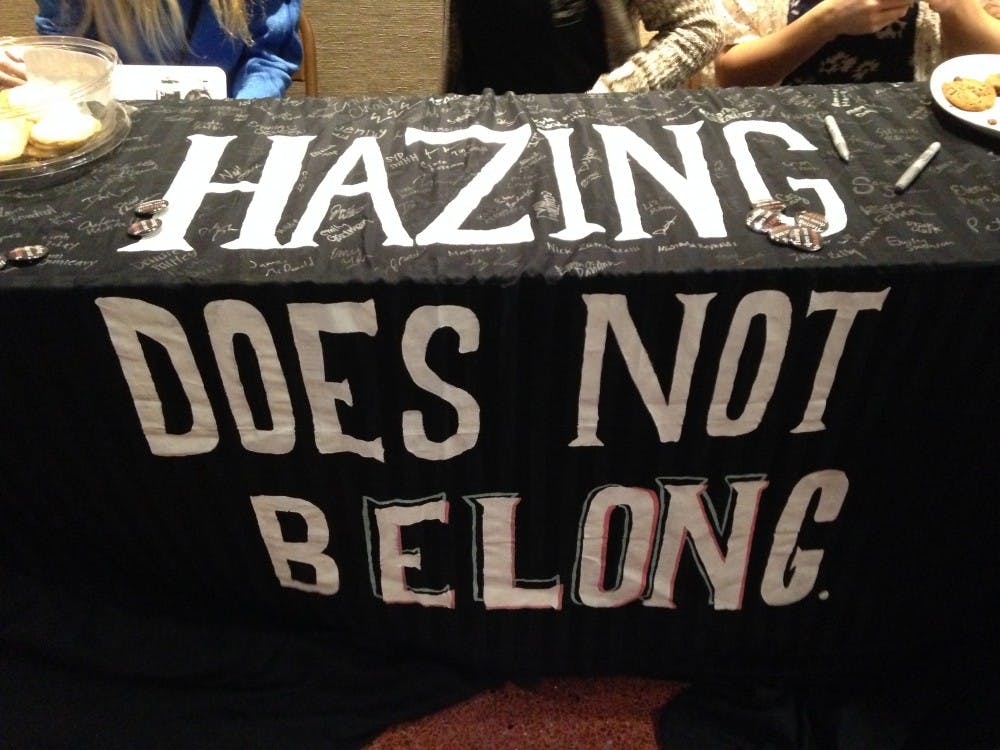 The Coalition can’t do anything without student cooperation. Students know hazing is happening. They take part in it, watch it and are affected by it.

But many do nothing to end it. Some students don’t recognize certain activities as hazing — others don’t care.

Either way, university administration can’t do anything unless the student body shares its commitment to end hazing.

Last week’s NHPW events, as part of national efforts to raise awareness of, educate about and promote hazing prevention, were the Coalition’s first campus-wide initiative. The events and activities including an informational table at College Coffee Sept. 22 and a workshop for advisers of student organizations. They are just the beginning of a new era of hazing prevention at Elon.

The Coalition — established last summer — is a group of university staff and students who are working to educate all students and all organizations, said Dana Carnes, associate director of the Center for Leadership and Coalition member.

People often associate hazing with Greek organizations, and they’re not wrong: last year, two fraternities were suspended for hazing. Hazing is a problem within fraternities and sororities, but it is not exclusively a Greek problem. Other student organizations have the potential to haze, too.

Carnes emphasized that the Coalition is approaching hazing from a preventative standpoint that seeks to stop hazing before it starts. To do this, the Coalition is working to educate new students before they get involved in organizations so they know how to identify hazing if or when it happens and where to go to find help.

“I think reactionary responses have been more prevalent, both at Elon and at other institutions,” Carnes said.

“But from a preventative standpoint, we’re hoping that, with all these new students who just joined however many organizations you sign up for at Org Fair, that we’re preparing them or providing them with information so they can be more knowledgeable and aware as they join groups.”

Students haze other students. It’s a student problem, and it’s up to students to end it. The Hazing Prevention Coalition and other administrators can offer resources and support, but their efforts mean nothing if students don’t take advantage of them.

So pay attention to the activities you take part in or see. If an activity seems like it could be hazing, don’t be afraid to step forward. Do something to protect yourself, your friends and your organizations. Stop accepting hazing as a tradition or a part of college life and do something to stop it.