Sports LLC should be less restrictive 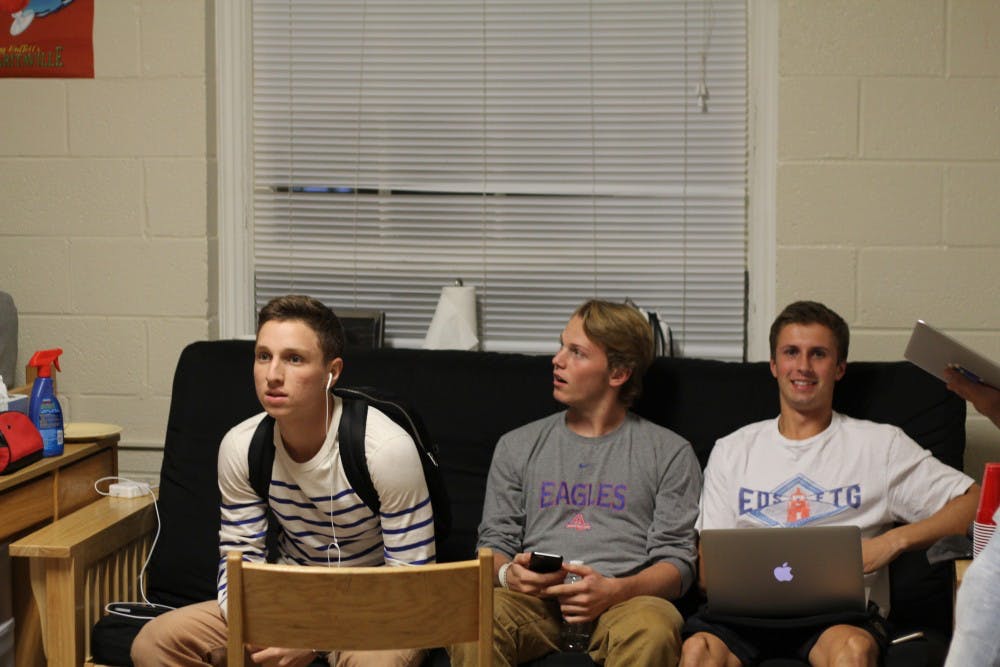 If it had been available when I was a freshman, I absolutely would have applied.

But the Sports, Participation & Networking (SPN) Living Learning Community (LLC), which is focused on sports and ties in with the Sport and Event Management (SEM) department, is new to Elon University this year.

According to its page on Elon’s website, those in the SPN will “participate in intramural sports on campus as well as attend local sporting events” and “plan social events that interest them and engage with faculty members … outside of the classroom.” The description also mentions meet-and-greets with Elon coaches, group dinners and trips to events such as the ACC Tournament and minor league baseball games.

Sounds great. This would have been immensely appealing to me — a self-described sports person — when I was looking at housing options as an incoming freshman, probably even more so than the Communications LLC. What’s not to like?

It’s on the first floor of Smith Hall. That means the SPN is not an option for women.

Elon consistently seeks to improve in regard to inclusivity, as seen in its gender-inclusive housing on campus: the Gender and Sexuality LLC in Colonnades A and the Station at Mill Point. But the SPN, one of the newest LLCs, is Elon’s only single-gender LLC.

I lived on the second floor of Smith my freshman year with loads of people who were passionate about and followed sports. Talks of fantasy football were common while waiting for the showers. Freshman baseball players occupied much of the first floor.

Sports always have been and always will be a big part of the culture in Smith.

Under the requirements section on the SPN page, it clearly states, “Students must be male in order to live in Smith Hall.” After that, it asks that students show an interest in sports, whether it be in participation, study or working in the field.

Many women are majoring in SEM at Elon, and even more are interested in and care about sports. That’s not even to mention all the women who participate in club or varsity sports.

They fit the second requirement for the LLC. The only problem, then, is gender.

Having a gender restriction for an LLC is going against the fundamental basis of LLCs. While they’re supposed to draw people with similar interests together, they’re also supposed to support and encourage learning from people who’ve had different experiences with those interests.

There are plenty of horror stories about women, particularly in the media, being treated unfairly in sports: Amelia Rayno of the Minnesota Star-Tribune revealed in August that she had been sexually harassed by recently-fired University of Minnesota athletic director Norwood Teague.

But this is also an exciting time for women in the sports world. The United States Women’s National Soccer Team just won the World Cup, and Serena Williams was two victories away from a calendar Grand Slam.

Wouldn’t it benefit the men living in the SPN, who likely focus their fandom on Tom Brady and Kobe Bryant, to live with women who grew up idolizing Williams and soccer players like Mia Hamm?

I understand the brotherhood component of this. I’ve heard athletes speak about how their teams are brotherhoods and families. But some are sisterhoods, and that should be recognized in the SPN.

I absolutely would’ve applied for the SPN if it had been available two years ago. I’m sure I would have enjoyed it.

I know some women at Elon would, too.