Da Silva, Fortune provide the goals for Elon in Wilmington 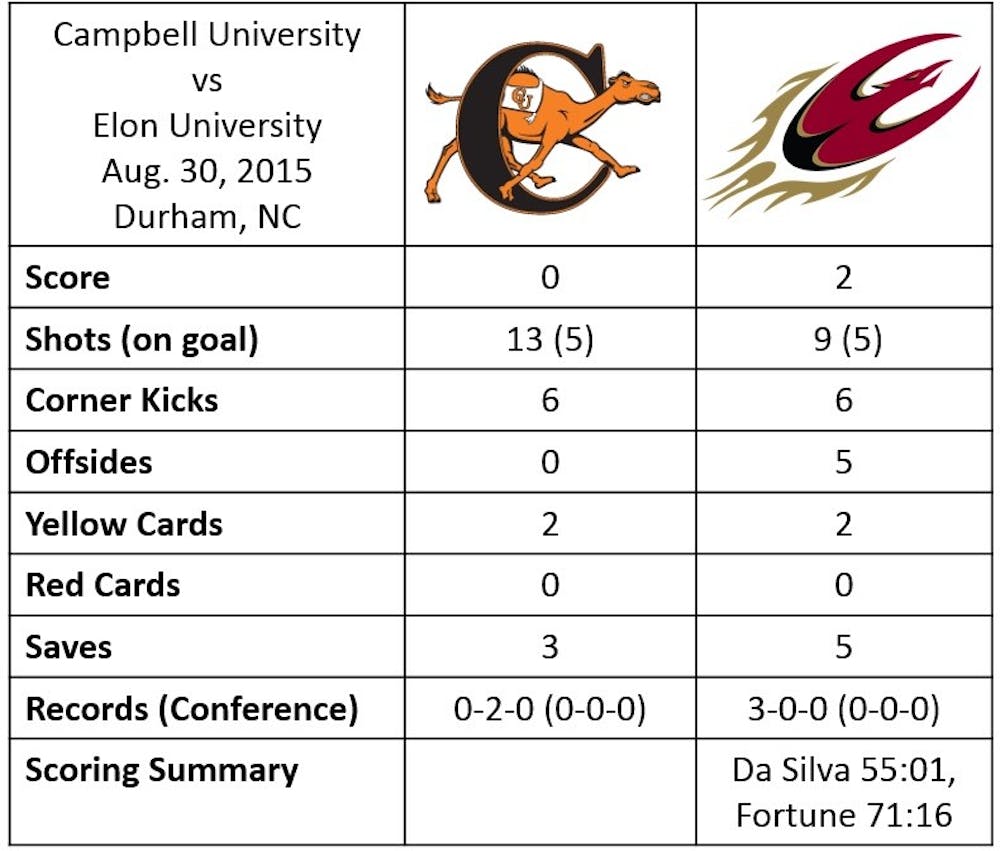 The Elon University men’s soccer team won its third straight game to start the season, a 2-0 victory over Campbell University Sept. 4. Senior forward Caue Da Silva scored his second goal of the season, and freshman forward Jaiden Fortune scored the first goal of his Elon career in the victory.

Campbell tested Jegier and the Elon defense early on, recording the first six shots of the match. Jegier made his first stop in the second minute, then saved a shot from Campbell redshirt senior midfielder Rick Gaez in the 14th minute.

Elon’s offense started to click later in the period, but both teams went into halftime looking for the breakthrough.

The Phoenix took the lead early in the second half as Da Silva scored in the 56th minute. The Brazil native scored from close range tapping in the rebound after senior forward Cooper Vandermaas-Peeler's initial shot was saved.

Fortune doubled Elon’s lead in the 72nd minute, scoring from 25 yards out with a powerful finish to the far post.

Jegier made another save in the 87th minute, but it was too little too late for Campbell as they dropped their second straight to start the year.

The Phoenix will complete its participation in the Courtyard Wilmington-Wrightsville Beach Classic Sunday, Sept. 6 against the University of North Florida. The match is slated for a noon start at the UNCW soccer stadium.