Two-time captain has been a consistent contributor for Elon 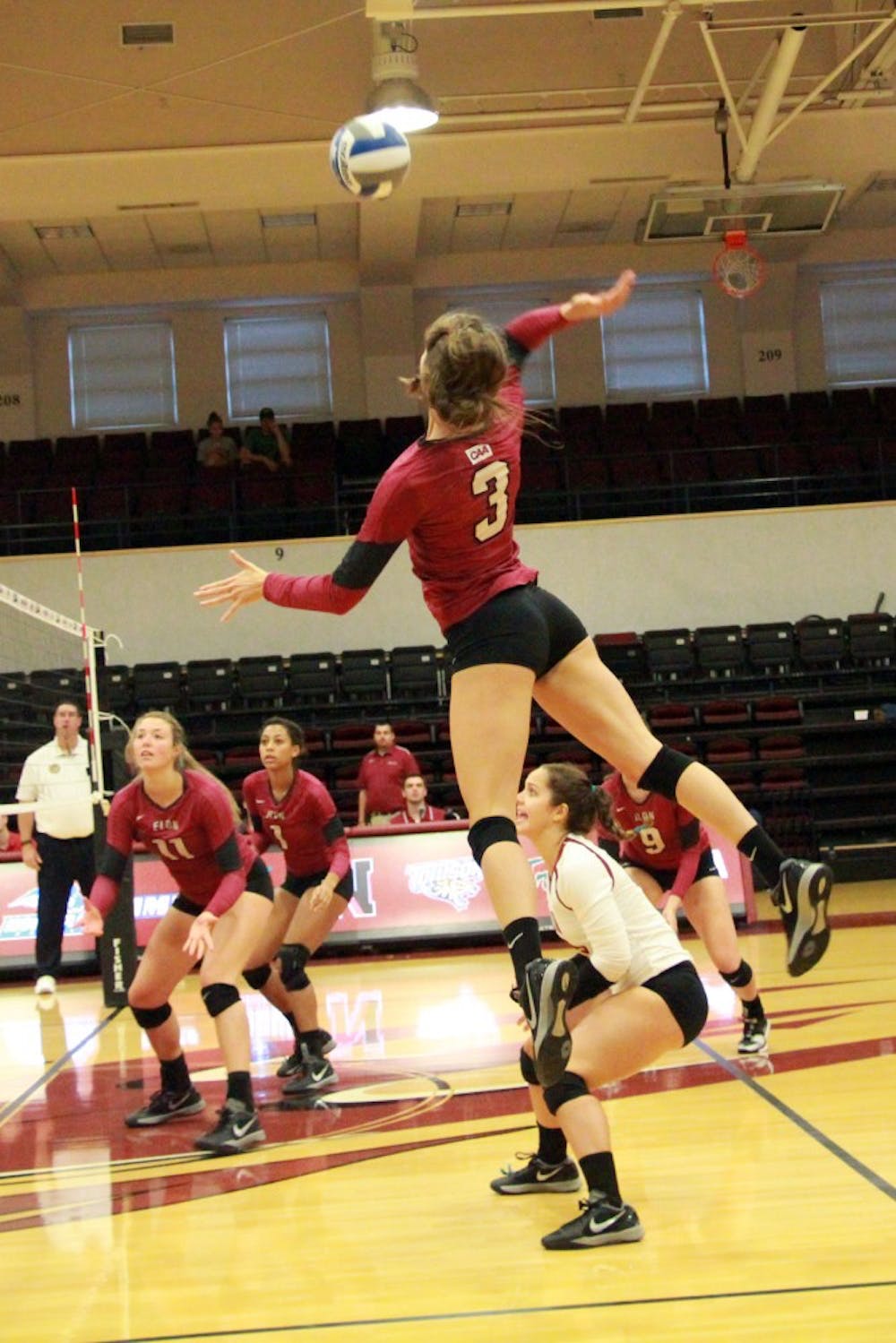 There are many different factors that go into choosing a college. For some, academics are most important, while others choose schools based on scholarships or location.

For volleyball player Megan Gravley, though, the choice to come to Elon University held a highly personal connection.

The senior outside hitter’s great-grandfather also participated in sports – he was a captain on the basketball team. Gravley is currently in her second season as a team captain for volleyball.

On the court this year, Gravley is being called to be a difference maker for Elon. Six games into the season, her performance has been nothing short of stellar, as she leads the team with 88 kills, posting a team-best 3.26 kills per set ratio. She also leads the team in points, with 97.5, and points per set with 3.61. She is tied for third on the team in service aces with four.

“She’s being really consistent,” said head coach Mary Tendler. “When you watch her play, she looks confident, under control and looks like she’s going to take over the match.”

Gravley, though, is modest about her accomplishments. The second-year captain is quick to mention that in a team game, working as one cohesive unit is crucial to succeed.

“We’re all staying together,” she said. “That’s helping each of us individually. We’re relying on each other.”

The impressive start is nothing new for Gravley. If anything, it marks the Apex, North Carolina, native’s fourth year in a row of success with Elon.

Her presence on the court was felt from the moment she donned an Elon jersey. As a freshman, she played in all 32 matches, starting 30. She led the Phoenix in kills with 350, and had 24 kills against Radford University in a five set match. Her performance earned her a spot on the SoCon all-freshman team.

During her sophomore season, Gravley played in all 33 matches. She again led the team in kills, tallying 341. She became one of the most consistent players on the team that year, finishing with 20 double-digit kill games, including a seven-game streak where she tallied more than 10. She was also recognized for academic achievement, earning a spot on the SoCon Academic Honor Roll.

Although she only played in 24 matches as a junior while dealing with an injury, Gravley still finished third on the team in kills, racking up 187. She was named to the all conference academic team for the second consecutive season, this time in the CAA.

Gravley is in a unique position as a senior. Along with senior middle blocker Catherine Head and senior setter Ana Nicksic, she played two seasons in the Southern Conference and is entering her second season in the Colonial Athletic Association. Switching conference has admittedly been a difficult transition one for the Phoenix, which finished 6-26 in its first year of CAA play, in stark contrast to its 16-16 (2012) and 16-17 (2013) records during Gravley’s first two seasons.

Although the transition between conferences has been tough on the Phoenix, Gravley appreciates the chance to see new teams.

“I think it’s nice to get a new scouting report,” she said. “It’s pretty neat having the privilege to spend two years in one conference and two in the other.”

Looking back on her decision to come to Elon almost four years ago, Gravley still loves the campus, and she has enjoyed her time with the volleyball team. Knowing that she walks where her family did a century ago has also made the experience special.

“It solidified my decision, and it made it a lot more meaningful,” she said with a smile. “I was reading through [my great-grandfather’s] journal and he’d be talking about [my great-grandmother]. That made it really worth it.”