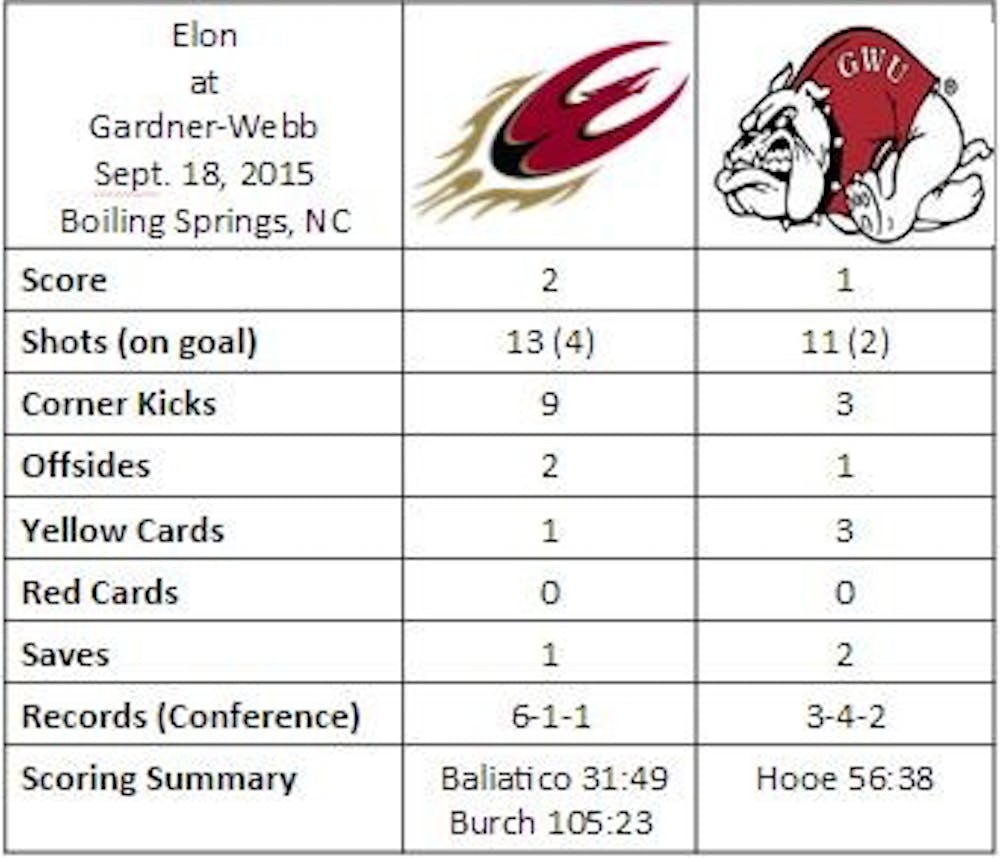 Burch volleyed the ball into the back of the net from the penalty spot for the game-winning goal, giving the Phoenix a 2-1 victory Friday night in Boiling Springs, N.C.

This was the third overtime contest of the season for the Phoenix, which has yet to lose in extra time this season, winning a match against Davidson College 1-0 and drawing against the University of North Carolina at Greensboro in its most recent match.

The two sides had played to a 1-1 tie in regulation, with Elon scoring in the first half and Gardner-Webb tying it up in the second half.

Elon's goal came in the 32nd minute, when freshman forward Tori Baliatico took a pass from sophomore forward Sydney Schilling from the left side of the box and put it in the back of the net for her third goal of the season.

Gardner-Webb struck early in the second half to tie things up, when junior goalkeeper Taylor Mohr was unable to stop a shot from Gardner-Webb senior forward Shelby Hooe out of the goal in the 57th minute.

With the win, Elon moved to 6-1-1 on the season going into its next match Sept. 20, a home contest against the University of North Carolina at Charlotte. Gardner-Webb dropped to 3-4-2.