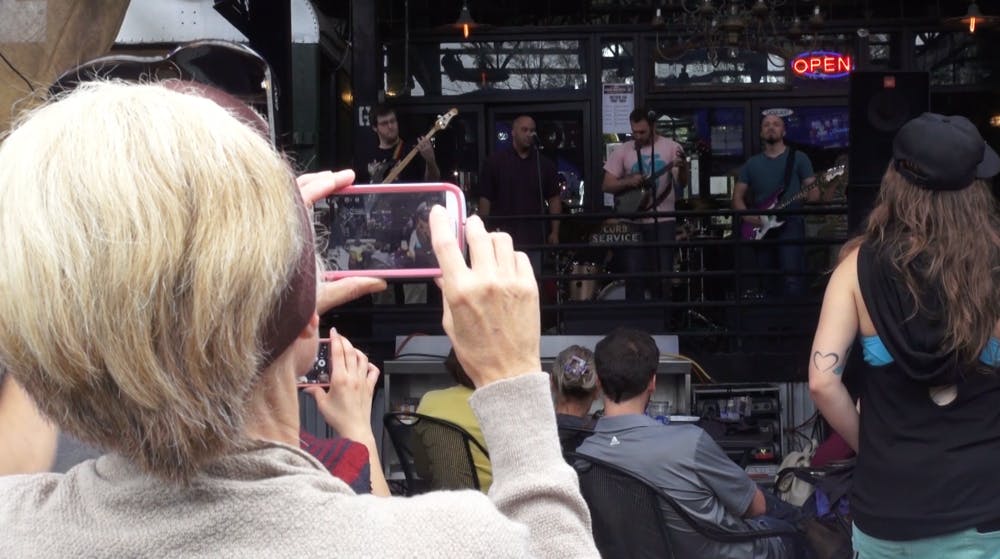 The sound of rain was not the only noise filling the streets of Carrboro, North Carolina on Sunday. The 18th annual Carrboro Music Festival included 13 different venues across town all featuring a diverse lineup of music.

Festival attendee Sarah Jean Dehart was excited by the different types of performers she heard all day long.

"I love that there's so many different genres of music," Dehart said.

From grunge and garage, to bluegrass, rock, and folk, the entire town was full of all different types of people with all different tastes in music. There was even a girls choir performing as the festival's youngest act.

But the inclement weather did cause a little bit of a hurdle. Half of the original 25 venues were shut down, leaving only 13 open for the day. Amber Hayes has been involved with the Carrboro Music Festival since she was a little girl. Her mom was one of the founders 18 years ago, and now Hayes has taken on the planning of the event. Hayes says that despite the weather, one thing kept the magic alive.

"The people," Hayes said. "They come out and they're having a good time. They come out to see their friends play but they also get to experience new music."

Although there was not as much music and activity outside this year, almost every restaurant and cafe downtown had live music action.

Verne Dregalla, singer and bass guitarist for local band Rooster Logic, has been attending the festival since its beginning but always finds something different each time.

"It's really easy to just walk across the street and hear something you've never heard before," Dregalla said. "It's like wow, that is really great!"

Hayes said that she is already thinking about how to make the festival bigger and better next year. She hopes to add even more venues and more performances.