Gravley crosses 1,000 kills in the match 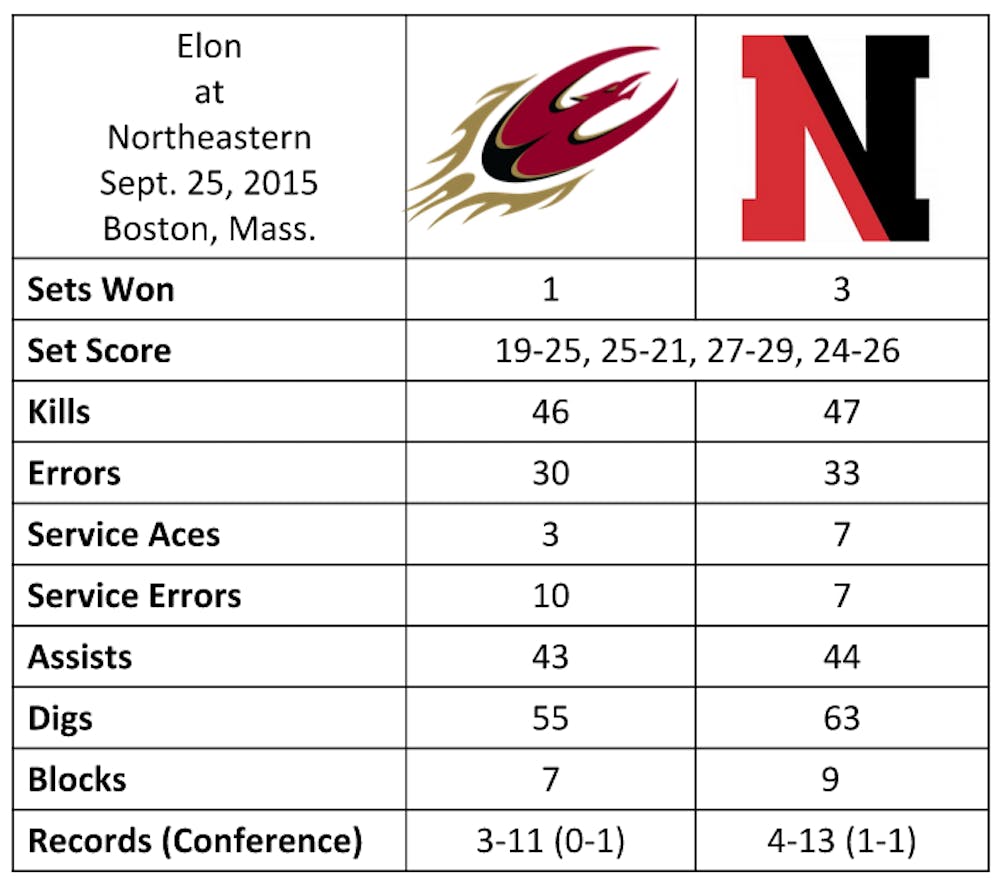 The Elon University volleyball team lost to Northeastern University in four sets (19-25, 25-21, 27-29, 24-26) on Friday. Senior outside hitter Megan Gravley reached 1,000 career kills during the match, and led the Phoenix offensively, tallying 12 total kills and six digs in the contest.

The Phoenix competed with the Huskies early in the first set. But with the score tied 6-6, Northeastern went on a 19-13 run to finish the set, claiming a 25-19 win, and leading by as many as eight. The second set went better for Elon — the Phoenix never trailed. The Huskies kept the set close, tying on multiple occasions, but Elon held on to win, 25-21.

The match went downhill from there for the Phoenix, though. Elon led for the majority of the third set before Northeastern fought back. Down 23-19, the Huskies came back to tie the set, 24-24. The teams were gridlocked at 27-27 when Northeastern got two straight points, securing a 29-27 victory.

The fourth set was also hotly contested, with Elon once again holding the lead near the end, 23-20. The Huskies were not deterred — Northeastern tied the game at 23-23 and eventually took a 26-24 win.

The loss puts the Phoenix at 3-11 overall on the season. Elon continues its Colonial Athletic Association (CAA) campaign 1 p.m. Sept. 27 when it travels to Hempstead, New York, to take on Hofstra University.