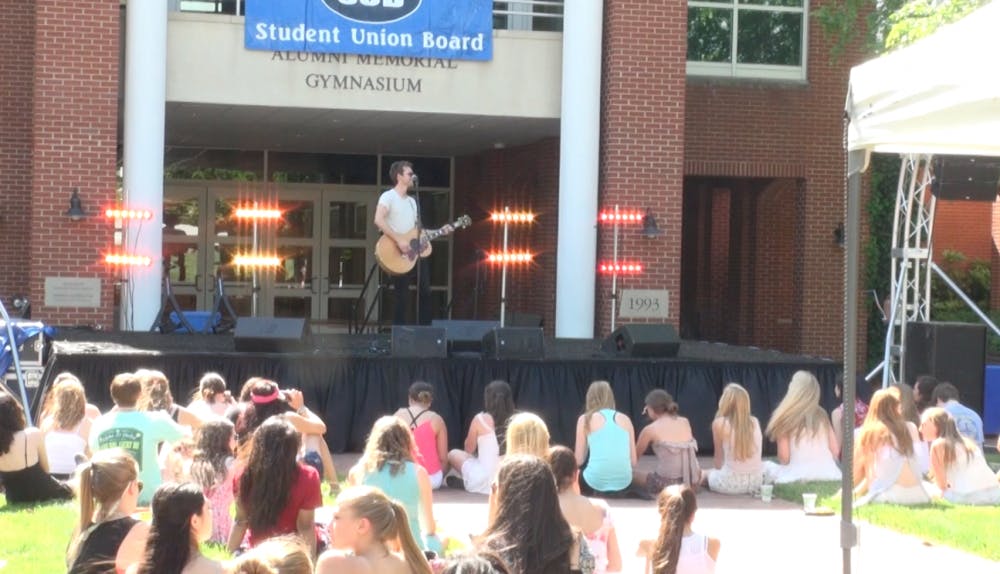 Tyler Hilton appeared as the musical guest at the annual Rock the Lawn concert sponsored by the Student Union Board.

Former One Tree Hill star, Hilton, played Chris Keller in the popular TV show. Today he says he is still blown away with how much people love the show.

"It's just so random. It'd be like anything you did that you just didn't think anything of becoming really popular. It's crazy how much the show meant to people."

Students sat outside Alumni Gym while Hilton performed some of his biggest hits. Even some of the songs he sang during One Tree Hill.

Music is what he can really connect with. Growing up, Hilton taught himself how to play guitar, just so he could play with his dad and uncles. With inspiration from Muddy Waters, Elvis Presley, Bob Dylan and Frank Sinatra, Hilton feels like he these four artists really understand him.

"Those four guys really reflect the four personalities I can always relate to, in ever situation."

And another artist he is a fan of, Taylor Swift. As the co-star for the music video Teardrops on my Guitar, Hilton and Swift got along great.

"She was so sweet because when I first moved to Nashville I had nowhere to say and she and her family let me stay with them . She was super accommodating, because I didn't know many people there."

Now, Hilton is making it big with five albums, and is not only continuing his musical career but also his acting career in a show called Extant. He likes the challenge of playing a difficult character, one that isn't always loved by fans.

Hilton plans to continue with both his love of music and acting.