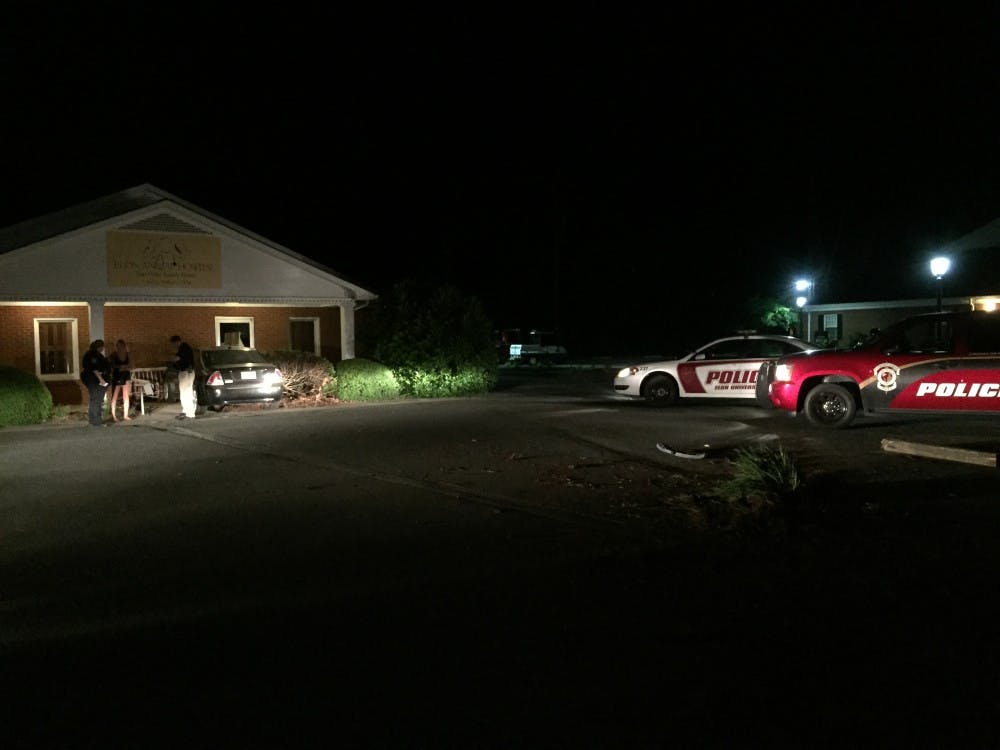 Scene of the accident

Alexandra Swallow, 21, of Portland, Maine was charged with DWI and damage to real property after crashing into the Elon Animal Hospital on S. Williamson Ave. This incident happened at 2:30 a.m. on May 20. According to police reports, the driver lost control of the car and skidded across the animal hospital's parking lot and stopped when she crashed into the building.

She then fled the scene. When other police units arrived, they were able to locate Swallow standing by a patrol car. She admitted to driving but could not give the circumstances. The driver was tested for alcohol and drugs. Swallow had a blood alcohol content of .190, according to the police report. She was charged for DWI and damage to real property.