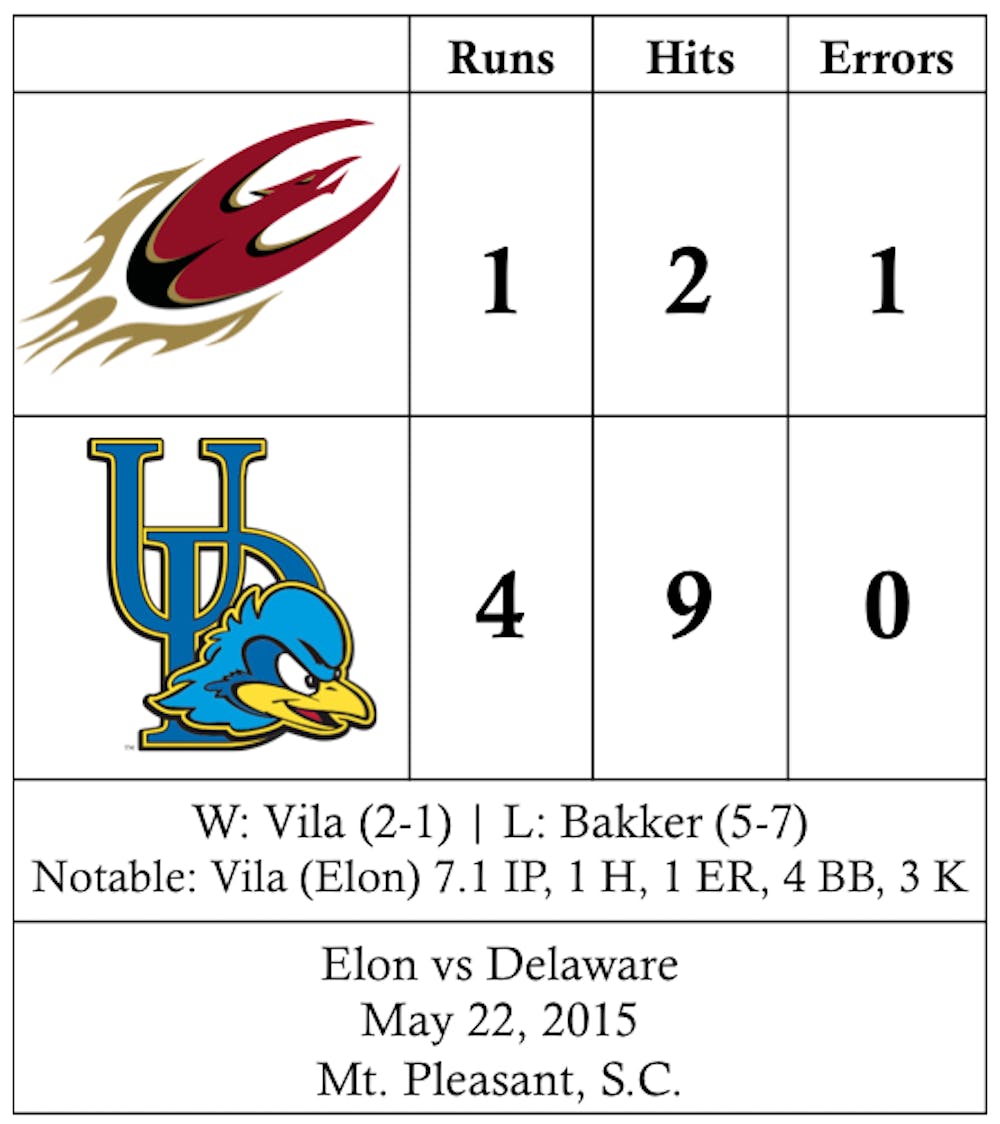 Offensive struggles continued for the Elon University baseball team Friday at the Colonial Athletic Association Tournament, resulting in a 4-1 loss to the University of Delaware.

After Elon broke up Delaware starting pitcher Vila Colman’s no-hitter in the top of the seventh inning, senior Ryan Cooper hit an RBI single in the eighth to give the team its lone run of the ballgame.

The Phoenix only collected two hits by the end of the game but had its share of scoring opportunities.

In the top of the seventh, senior Ryan Cooper led off the inning with a walk and advanced to second when the next batter, sophomore Nick Zammarelli, singled through the right side. Despite having runners on first and second with nobody out, Elon’s next three batters popped out, flied out and grounded out to end the inning.

With two outs and runners on first and second, junior Brett Guba grounded to second to end the game and the season. Elon stranded eight runners.

While Elon’s offense failed to make the most of its chances, Delaware’s did not.

Senior starting pitcher Lucas Bakker surrendered eight hits and three runs across four and a third innings while sophomore Chris Hall allowed one run on one hit. Four Blue Hens had multi-hit performances and only seven runners were stranded by the end of the game.

Despite high hopes of advancing further into the CAA Tournament, especially after winning the first round game against Delaware 7-6, the Phoenix lost its last two games. Elon finished the 2015 season 25-29 overall.