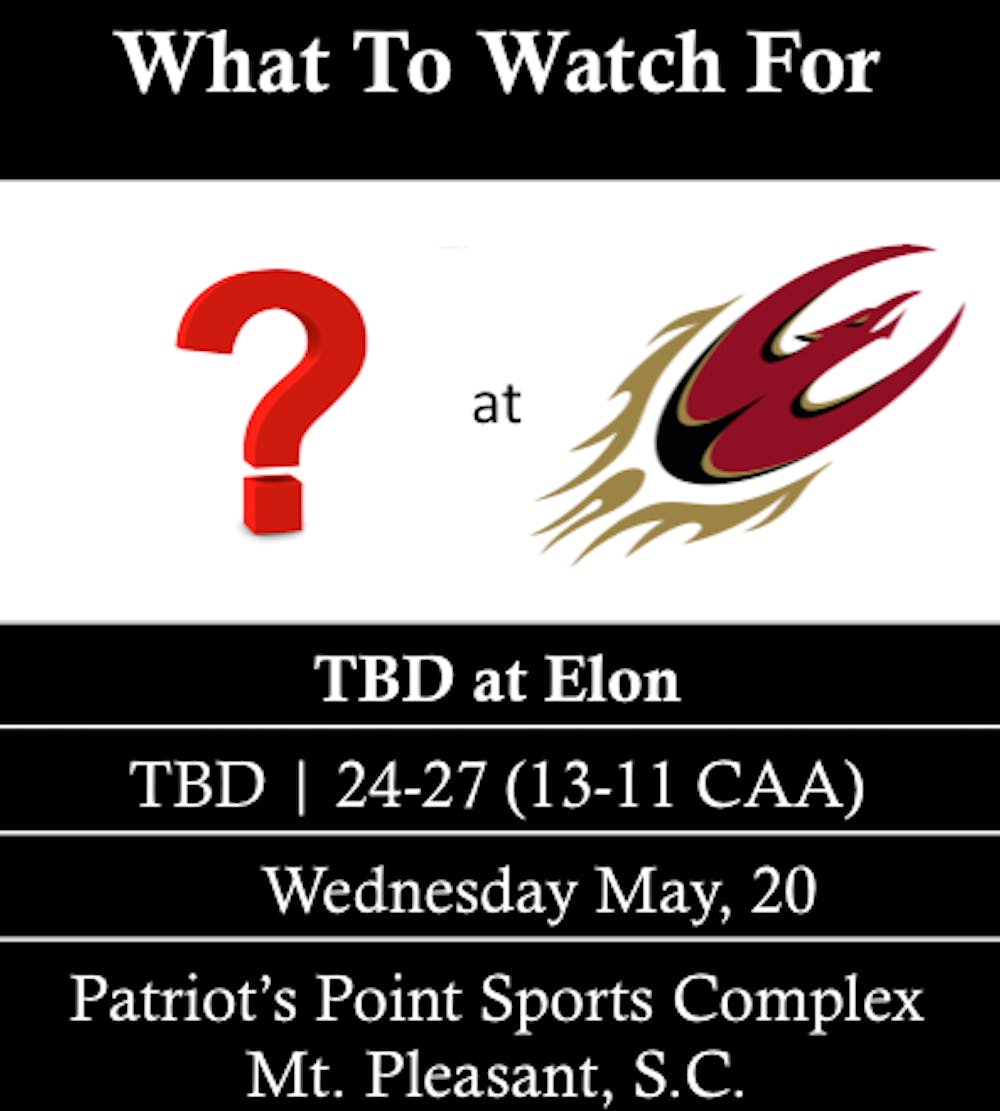 The Elon University baseball team has a formidable offense. But for just the second time all season, the Phoenix failed to score a single run, losing 7-0 Tuesday against East Carolina University.

Although the Pirates blanked the Phoenix on the scoreboard, the Phoenix had its share of opportunities. ECU junior starting pitcher David Lucroy gave up a hit and two walks across five innings. By the end of the night, Elon went 1-for-11 with runners on base and left five men on base.

As the Phoenix struggled in the batter's box, it also struggled on the mound. Head coach Mike Kennedy decided to give senior Casey Jones his first career start.

Jones surrendered seven runs on five hits in only three and third innings of work. He struggled to show strong command, throwing just over half of his pitches for strikes. Jones walked three ECU batters and threw a hit by pitch.

Freshman Sean Byrnes appeared in relief of Jones and delivered a solid performance for the remainder of the seven-inning game, which finished early due to rain. He allowed one hit by pitch and two hits in three and two thirds innings. Although he did not allow a run, his team could not climb back from a 7-0 deficit.

Elon concluded its regular season with a 24-27 (13-11 Colonial Athletic Association) record. Since East Carolina was a non-conference opponent, Elon remains in fourth place in the CAA. The Phoenix is guaranteed to hold a No. 4 seed in the CAA Tournament but could get a No. 3 seed if Northeastern University loses all three of its games May 14-16 against College of Charleston.

Since the CAA allows six teams into its postseason and gives the top two seeds a first round bye, Elon will compete against either the No. 5 or No. 6 seed. Delaware University, College of William & Mary and Towson University are fighting for those two spots.

Regardless of the opponent, it is certain Elon will compete Wednesday, May 20 in the opening round of the tournament, which is hosted by the College of Charleston Cougars. The CAA Tournament will take place May 20-23.