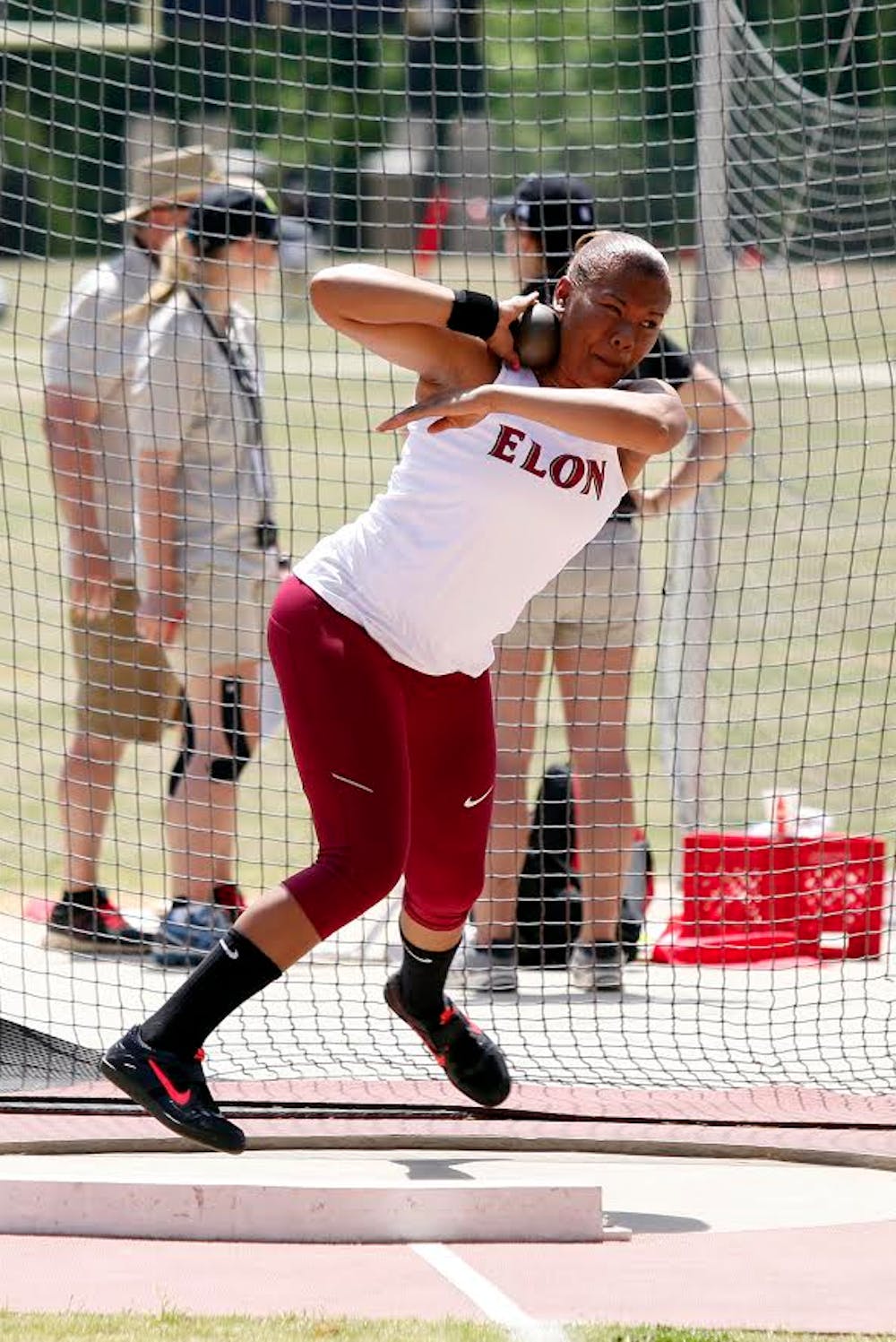 She earned several accolades during her freshman season for the women’s track and field team in the discus throw and shot put. She was named Southern Conference Outdoor Champion in 2014 and joined the conference’s indoor and outdoor All-Freshman team. She also set an Elon University discus school-record this season.

And despite sophomore Bre’anna Warren’s achievements, even more promise remains.

“She’s one of those athletes that has a lot of potential and untapped talent, which is a coach’s dream,” assistant coach Shannon Popp said.

Popp is in her first season for Elon as an assistant coach with an emphasis in throwing events, and didn’t know much about Warren before arriving. But Warren quickly stood out.

“As we started fall training, I started to see that this girl could pick up cues a lot faster than the average person that would come in and try to change things,” Popp said.

According to Popp, Warren dramatically improved her throws in the fall and came back in great shape after her winter workout training.

Warren is currently working to develop her mechanics in both the shot put and the discus, but believes the key to building on her success is staying relaxed and confident while on the field.

“In discus, I just go in the circle, breathe in and breathe out,” Warren said. “In shot put, I just tell myself the things I need to do before I go in. As soon as I go in the circle, I don’t think about anything — I just throw.”

Having grown up in Greensboro and having met with Elon coaches prior to beginning her collegiate career, Warren made a smooth transition from high school competition to college athletics.

But she did find one notable difference.

In high school, she focused almost all of her attention on individual performance. After coming to Elon, she realized that she was just one member of a collective.

“During high school, it was about you,” Warren said. “But during college, it’s about you doing better for your team so you all can build on points and win conference. I learned leadership goals when I got to college.”

While Popp works to capitalize on Warren’s potential, she also stresses the importance of having her athletes maintain a team mentality.

“Yes it’s an individual sport,” Popp said. “But at the end of the day, your points are going to matter to this team and where we go from here.”

Warren and her team are striving for Colonial Athletic Association title.

“Our coaches believe that we can win [the] conference this year,” Popp said. “We’re tracking it and we know that we’re doing a great job. I’m pushing these girls every day to make sure that we score those points that we need to.”

Before the track and field team competes in the CAA Outdoor Championships May 1-2 in Williamsburg, Virginia, it will host the Phoenix Invitational Saturday. After that, Elon will travel to Philadelphia for the Penn Relays April 23-25.