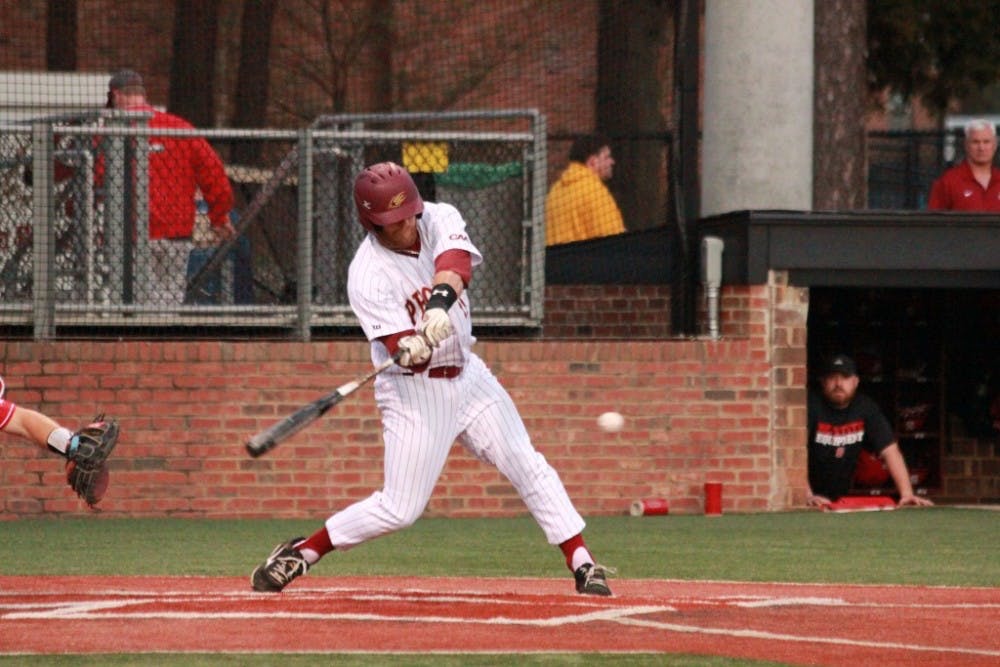 A horrendous seven-run first inning for the Elon University baseball team propelled the College of Charleston Cougars to an 11-3 win.

Sophomore Matt Harris got the start for the Phoenix and had his worst outing thus far into the season. In just four innings of pitching, Harris threw 92 total pitches, 56 of which were strikes, and surrendered nine earned runs on 10 hits. Five of the 10 hits went for extra bases as the Cougars hit three doubles, one triple, and one home run.

Harris began the night with a hit by pitch on a 1-2 count. From that point forward, the Cougars capitalized on scoring opportunities.

In the first inning, the College of Charleston went 4-for-7 with runners in scoring position to take an early 6-0 lead. After surrendering a triple with two outs and nobody on base, Harris threw a wild pitch to increase the deficit to seven.

Harris’s struggled extended into the bottom of the second inning when he allowed two doubles and one single.

Although Harris had a rough outing, he was competing against the toughest team in the Colonial Athletic Association.

The College of Charleston remains undefeated at 10-0 in CAA play and improves to 23-7 with the win over Elon.

One bright spot for the Phoenix might have been generating hits early in the ballgame. After having a scoreless top of the first with one hit, Elon drove in a pair of runs by getting three hits. But Elon only got three hits in the remaining seven innings.

Elon (15-17, 6-4 CAA) will look to rebound from the loss before playing its second game of three-game road series against the Cougars tomorrow at 3 p.m.