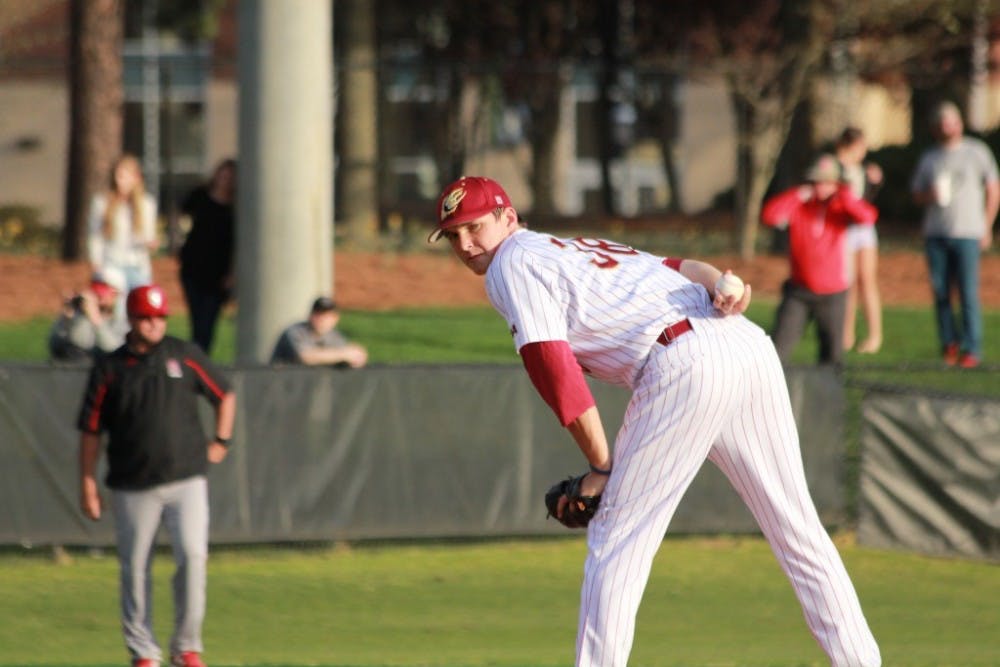 For the first time since March 13, the Elon University baseball team is back to a winning record.

Following an 11-9 win Tuesday at the University of North Carolina at Greensboro, the Phoenix recorded 13 hits Wednesday en route to a 7-4 victory against Campbell University.

Elon got an early 2-0 lead after a run in the top of the second and third innings but surrendered a pair in the bottom of the third to event the score at two apiece.

But a breakout three-run fifth provided the Phoenix with enough runs to garner momentum.

Senior Casey Jones led off the inning with a double to left field and advanced to third on a single from sophomore Kory Shumate. After a catcher's interference call during senior Ryan Cooper's at-bat, sophomore Nick Zammarelli stepped into the batter's box with no outs and the bases loaded.

Zammarelli slapped a single up the middle to give his team a 4-2 lead.

During junior Danny Lynch's at-bat, Campbell made a costly fielding error to bring another Elon runner across home plate.

The Fighting Camels fought their way back into the game with a run in the bottom of the fifth and seventh to narrow the deficit to one. With one out and the bases loaded in the seventh, Elon senior reliever Jake Stalzer forced a double play to prevent further damage.

The Phoenix added a pair of insurance runs in the top of the eighth and maintained its 7-4 for the remainder of the ballgame.

Despite Elon's recent offensive successes on paper, there is need for more consistency, especially going into a challenging three-game homestand against No. 22 University of North Carolina at Wilmington.

“Offensively, we’re not in a good groove right now,” said head coach Mike Kennedy on Monday after Sunday's 14-4 loss to Towson University. “We’re up and down and what you hope is to have the right place [in the batting order at the right time."

According to statistics from the Colonial Athletic Association, Elon ranks fifth of the nine CAA teams in batting average (.275). The Phoenix's batting average against conference opponents ranks eighth at .263.

Elon has driven in 41 runs in its last five game. The struggle has been getting even more runners across the plate. In the Phoenix's last give games, it has stranded 52 runners — the team left 12 runners on base in its 7-4 win against Campbell.

Senior Chris King sat out Wednesday's game at Campbell, making it his first non-start on the season. In his last seven games he is 2-for-27 (.074). King said the key to getting out his recent slump and playing more consistently is remaining relaxed in the batter's box.

“You might put a little more stress than you need to do at the plate," King said. "[It’s important to] stop thinking about it too much...We obviously know we’re good, we just need to play a bit more consistently.”

As Elon looks to secure wins over the formidable No. 22 UNCW Seahawks this weekend, it will need to generate more offensive production in clutch situations. The two squads will square off against one another Friday at 6:30 p.m. at Latham Park.