Retarded is much, much more than a word 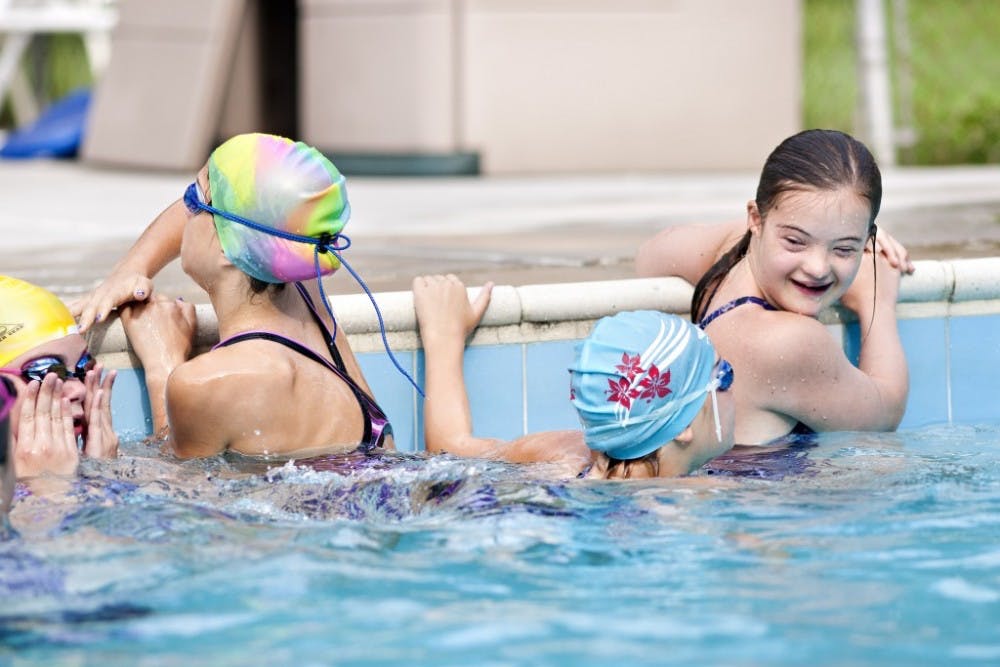 She can be cheeky and sarcastic, and she's always loud. Photo by Tom McCarthy Jr., Catholic Review (2012).

My sister is an 18-year old petite blonde with a disarming sense of sarcasm. She’s a varsity athlete, a devout Catholic and a self-admitted chocoholic. She’s become too cool for reading and a bit bored with high school. She just picked up a new, older boyfriend who I’m more than a little worried about.

And she’s really sick of you calling her retarded.

On Halloween night in 1996, Caroline Elizabeth Bodley entered the world — along with an extra chromosome — joining 6,000 others born in the United States each year with Down syndrome.

And they’re really sick of you calling them retarded.

So is that teacher  — “that question was so retarded.” So is that cafeteria worker — “What is she, retarded?” So is your “retarded” friend who has no disability at all.

Retarded is not just a word. It’s not the same as stupid, and I’m not being too sensitive. Censorship isn’t the answer — it shouldn’t be banned from the dictionary. The First Amendment shouldn’t be trodden on.

In 2010 Rosa’s Law formally replaced instances of “mental retardation” in federal literature with “intellectual disability.” In a rare show of bipartisanship, all of the 535 members of Congress supported.

So, tell me it’s just a word. But before you do, come sit in my living room around 5 p.m. on almost any given school day. Be a fly on the wall when Caroline bounds on in.

Some days, she’ll be laughing and hollering and searching for the mom-hidden chocolate chip cookies. Some days, for all the world, nothing looks wrong.

But I want you to see a sad day.

Caroline will traipse in, head down, shoulders slumped. Her 5-foot-2-inch frame will somehow seem smaller when she slides to the floor. And she will cry and cry and cry. You’ll ask her what’s wrong. She won’t answer. She’ll stay like this, who knows how long. Sometimes it will be 10 minutes, and others it will take an hour.

This is the kid who can’t walk past someone in a wheelchair without asking how they’re doing. This is the swimmer who made the team howl with laughter by imitating the coach after a nasty practice. This is the sister to whom you can do no wrong, despite what mom says.

And yet, this is the sobbing mess splayed across the floor. If you sit there long enough, the story will come out. She was in the lunch line when someone snickered something about “the retard.”

She didn’t say anything. She didn’t know why. But it stuck.

By definition, Caroline has mental retardation, and there is no getting around that. Things we take for granted are hard for her, like buttoning a coat or reading a book or riding a bike. But these things don’t define her. Caroline has Down syndrome — it does not own her.

She texts too much, stays up too late and pushes my parents to their last nerve. Hospitals and doctors freak her out, and don’t mention the dentist. She never gets tired of Taylor Swift, and she just got over her Justin Bieber phase.

Caroline is every bit as wonderfully flawed as any other teenager in the world.

And she’s really sick of you calling her retarded.