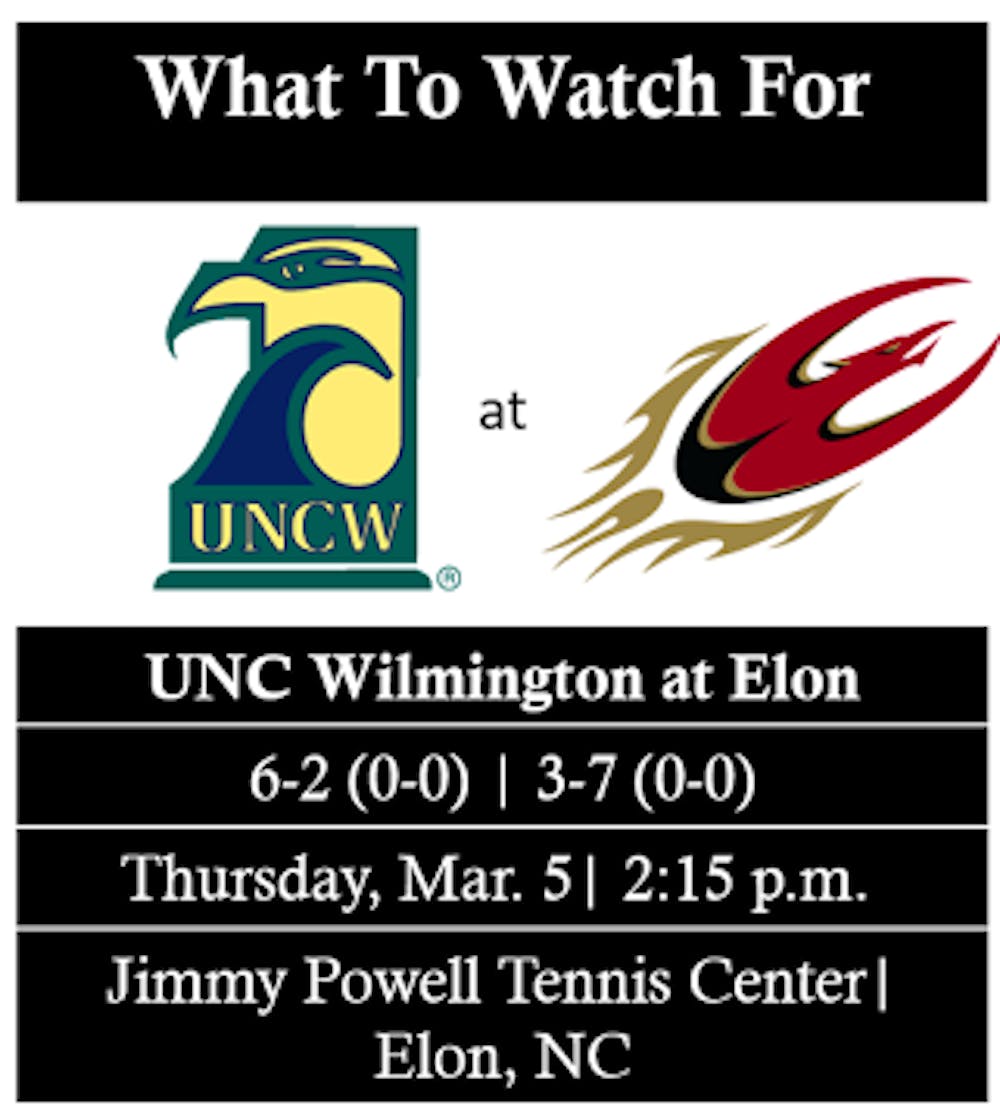 The Phoenix went ahead by winning the doubles point. Sophomore Chris Humphreys and senior Jordan Kaufman recorded a shutout at No. 2 doubles beating  senior Ernest Albrech and junior Nikita Zverkov 6-0.

Seniors Stefan Fortmann and Brian Kowalski then clinched the doubles point with their 6-3 win over junior Benjamin Kasazas and redshirt-freshman Paul Hogan at No. 1 doubles.

Fortmann carried momentum from his doubles win into the singles portion to put Elon ahead 2-0. Fortmann didn’t lose a game en route to his 6-0, 6-0 win over Zverkov at No. 1 singles.

However, Gardner-Webb soon got on the board themselves. Junior Robert Lindgren fell in straight sets to Kasazas 6-2, 6-2 at No. 2 singles to cut Gardner-Webb’s deficit in half.

The Phoenix answered back through freshman Josh Luck. Luck outmatched junior Jonathan Walker in straight sets 6-4, 6-2 at No. 5 singles.

Elon let its lead slip away, allowing Gardner-Webb to win the next three singles matches to take the win.

First, freshman Adam Schmidt defeated senior Juan Madrid in straight sets 6-4, 7-5 at No. 6 singles to bring the match back to a one-point game.

Senior Brendan Dempsey completed the comeback and sealed the win by defeating Jordan Kaufman. The No. 3 singles matchup was the only match to go the distance, with Ates coming on top 6-4, 2-6, 6-4.

The win brings Gardner-Webb to 5-5 on the year, while the loss drops the Phoenix to 3-7.

Elon will return to action on Thursday, March 5 when it faces in-state Colonial Athletic Association rivals University of North Carolina at Wilmington. The match is scheduled for 2:15 p.m. at the Jimmy Powell Tennis Center.