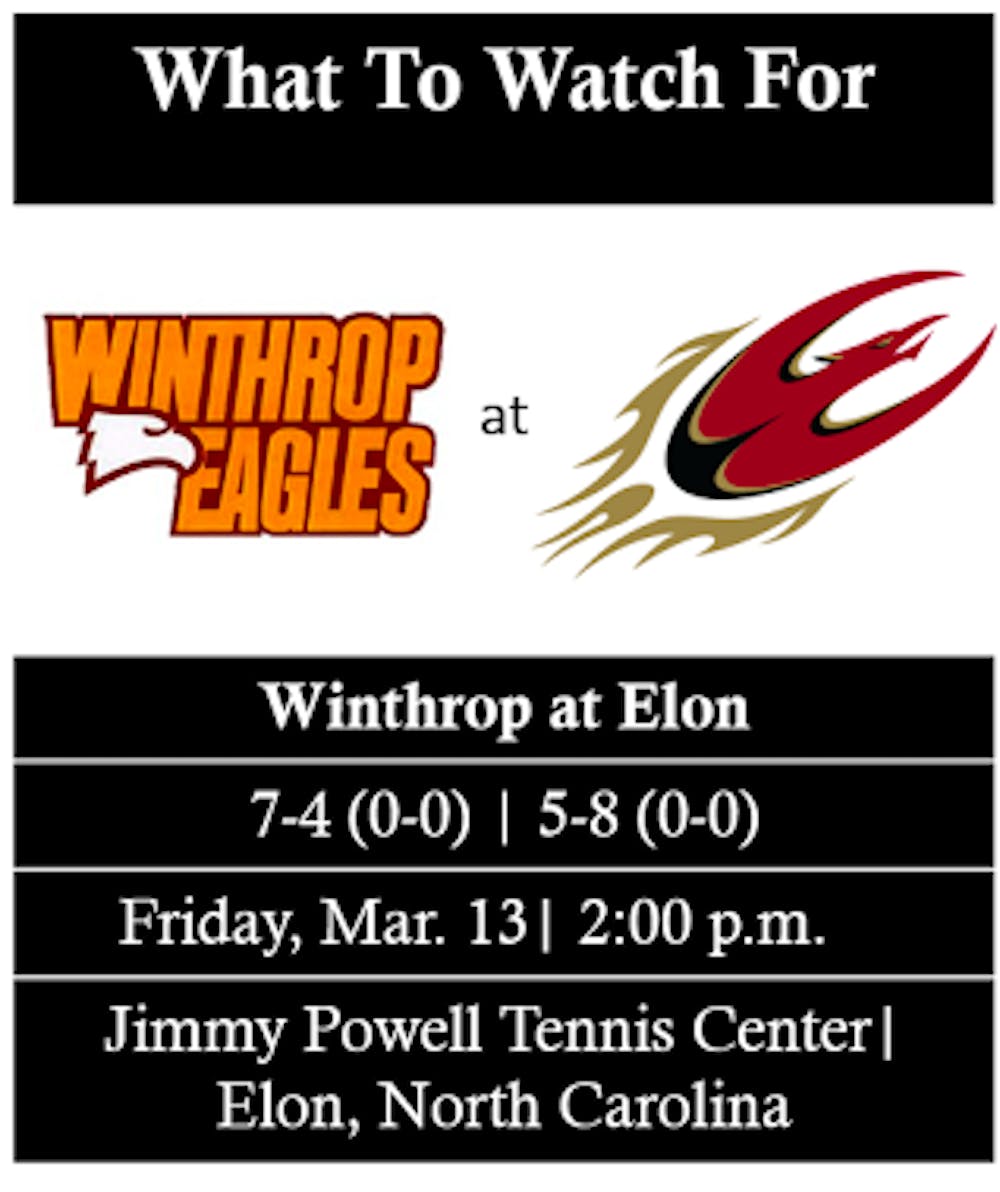 “We haven’t really gotten on a roll yet, but hopefully this can start things for us,” said senior Brian Kowalski.

The Phoenix jumped ahead from the beginning by taking the doubles point. Senior Jordan Kaufman and sophomore Chris Humphreys defeated sophomore Florian Uffer and freshman Alfonso Castellano at No. 2 doubles 6-2. Soon after, junior Robert Lindgren and senior Juan Madrid clinched the point with a 6-3 win at No. 3 doubles over junior Bharani Sankar and sophomore Rosen Ilchev.

Seniors Stefan Fortmann and Kowalski completed the sweep of doubles play with their win at No. 1 doubles. Elon continued their roll going into singles play. Kowalski lost only two games in his match as he cruised to a 6-1, 6-1 victory over Steed Johnson at No. 4 doubles.

“I was happy I was able to win and give us some energy from the start,” Kowalski said.

Freshman Josh Luck also lost just two games as he breezed past Sankar at No. 5 singles 6-2, 6-0. Madrid clinched the win for the Phoenix in familiar fashion, losing just two games on the day. The senior outmatched Ilchev at No. 6 doubles 6-2, 6-0.

After losing all of their matches against Georgia Southern last Saturday, the No. 4, 5 and 6 players all earned sequential wins to clinch the match for the Phoenix. Head coach Michael Leonard was pleased with the bounce back efforts.

“It was good for some of our lower players to get some wins and get some confidence,” he said.

With the match already decided, the remaining three matches were split one set a piece. As a result, it set up three super tiebreakers across the top three courts. Kaufman was the first to settle his match overcoming Uffer at No. 2 doubles. The two each won a set 6-3, but Kaufman edged Uffer in the super tiebreaker 10-4.

Fortmann was the next to finish his match with the South African edging past senior Daniel Elston 10-6 in the super tiebreaker to extend Elon’s lead to 6-0.

With the win, Elon improves to 5-8 on the year. Meanwhile, Longwood is still looking for their first win of the spring as they drop to 0-8.

Reigning Colonial Athletic Association Player of the Week junior Robert Lindgren was the lone Phoenix player to lose on the day. Battling through mild sickness, Lindgren lost his super tiebreaker 11-9 to Castellano.

The Phoenix will have a quick turnaround as it returns to the Jimmy Powell Tennis center tomorrow, March 13, when it hosts Winthrop University at 2 p.m.