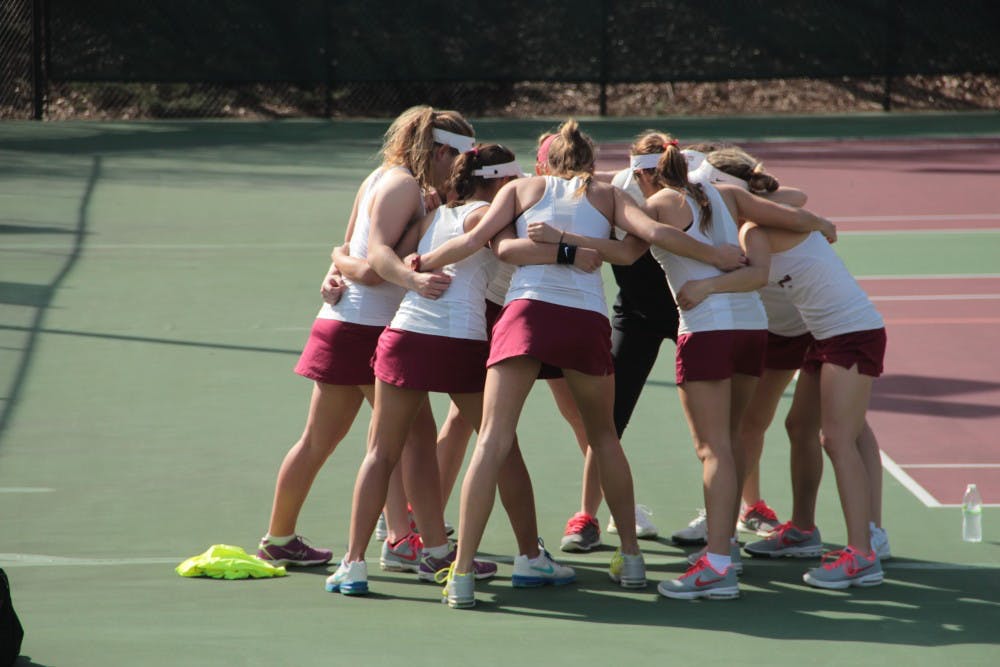 The weather was not all that was hot today as the women's tennis team defeated UNC Greensboro on Wednesday, March 4 at the Jimmy Powell Tennis Center. With the 5-2 win over the Spartans, the Phoenix continue their four game winning streak.

It was the strong start in doubles as first seed of Kirsten Ward and Barbora Lazarova dominated 8-2 over the Spartan's team of Kayla Gammie and Corinne Blythe. Olivia Lucas and Maria Camara followed close by with an 8-6 victory, and closing out doubles with a tiebreak win was the team of Taylor Casey and Erica Braschi.

Moving on to singles, senior Lazarova was first on the board with a solid win at number three against UNCG's Corinne Blythe (6-4, 6-2). She was followed by a 6-1, 6-3 win from Braschi against Amy Ellis at number four.

The next matches were all close three setters for the Phoenix, with the game-winning third win from six seed Kamilla Beinsenova (5-7, 6-3, 6-4) and closing it out was senior Maria Camera with a tight 7-5, 6-7, 6-3 win over Jamie Grinberg.

The Phoenix are 5-4 going into Friday's match at home against Liberty University, scheduled for 2:30 p.m.