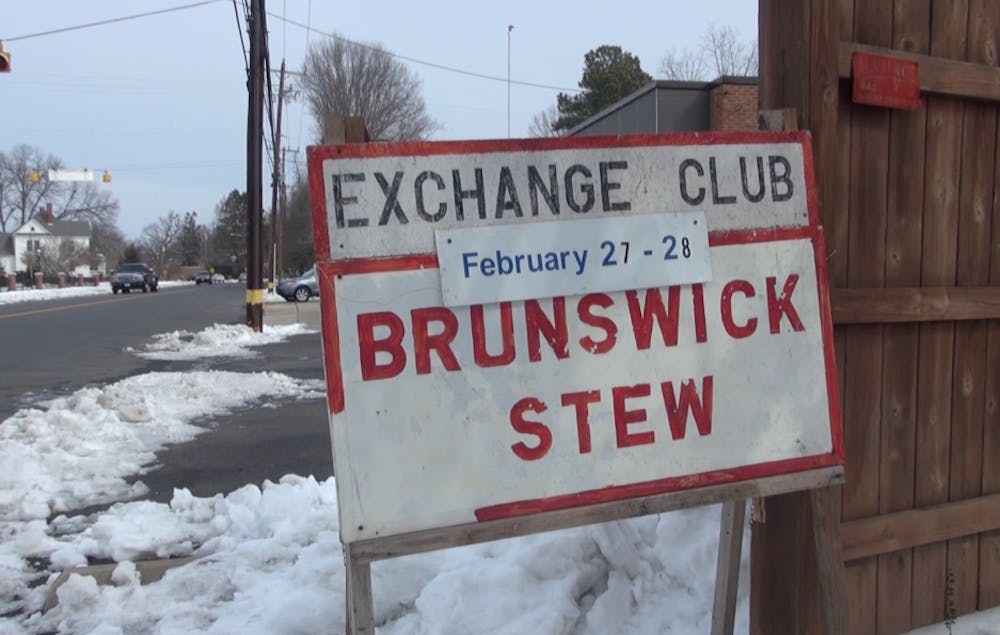 This weekend the Elon Exchange Club sold its Brunswick stew by the Elon Fire Station on South William Ave. Quarts of the stew cost $7 or five quarts for $30. Charlie Vitou is the vice president of the club.

"Oh it's good, it's lip smacking good," he said about the stew.

Volunteers stood outside in the freezing temperatures for hours over the weekend selling the stew which includes London broil, turkey and eight vegetables.

"We all just kind of lift each other up and its encouragement. Knowing what were doing is for a worthy cause," Vitou said.

The stew sale is the club's biggest fundraiser of the year and the money raised goes towards child abuse awareness and prevention.

"It's incredible that people are just not aware that child abuse exists," Vitou said. "It's something way off down the road, but its right here in this community."

Six volunteers made 1,018 quarts of the stew; 180 pounds of London broil and nine turkeys were used to make the stew.

"It was tiring, I went out at 9:30 and got home at 9:45, just there about and I was exhausted," said Rose Ann McLelland, Secretary of the Elon Exchange Club.

In the past, the volunteers would stir the stew by hand which they said became very tiring. But this year they bought electronic stirrers for the three 300-quart pots.

Vitou, 70, said he enjoys this type of work. He said it gives him something to do in his retirement.

"For me this gives me a purpose to live. Knowing I'm helping people, I've got good people that I can associate with," he said.

He considers the other volunteers in the organization to be some of his best friends. When his wife died in 2004, being a part of the club helped him get through that difficult time.

"They gave me the support I needed, hugs and pats on the back and calls, lots of love lots of concern and support," he said.

Vitou has always been the kind of person to lend a hand as his high school yearbook superlative predicted.

"They put down under mine always willing to do his his share, and I've just kind of lived up to that," he said.

Throughout other parts of the year the club does street cleaning projects and spread awareness for child abuse prevention. Vitou added that the organization is looking for more help from Elon students.