Elon defeats Coastal Carolina after four games on the road 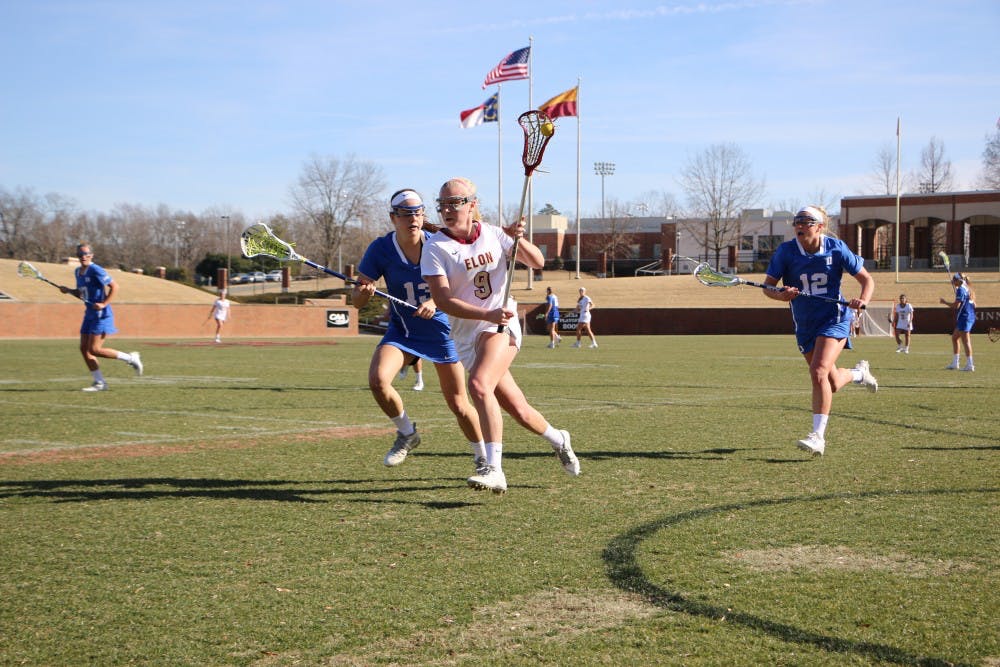 The Elon Women's Lacrosse team defeated Coastal Carolina 11-6 on Friday night after returning to Rhodes Stadium after four games on the road.

The Phoenix went into halftime up by just one point (4-3), but came out strong in the second half outscoring the Chanticleers by 4.

Elon was not afraid to take shots, taking 23, 17 of which were on goal. Coastal seemed to struggle, getting just 17 shots, 10 on goal.

Elon's scoring effort was led by Kelsey Dupere who notched four goals for the Phoenix. Stephanie Asher was close behind with three goals, and

Molly Garrigan who had two goals. Nicole Sinacori rounded out the scoring with one goal.

Keri White was the only Chanticleer to notch more than one goal, scoring two.

Next up Elon will host High Point on Wednesday March 11th. Elon is 4-3 on the season so far.