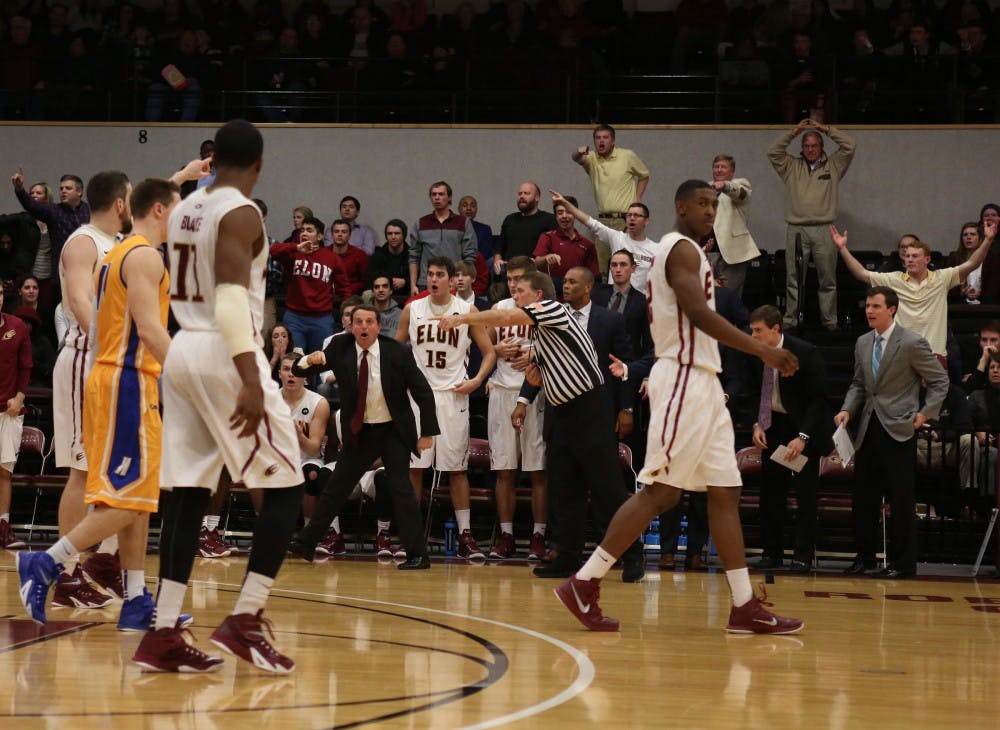 BOSTON-- A strong offensive performance by the duo of Zach Stahl and Scott Eatherton and a hot shooting hand by the rest the Northeastern University men's basketball team led the Huskies to a big 80-61 win over Elon University on Saturday night in Boston.

Stahl and Eatherton combined to score 35 points on 16-of-18 shooting and Northeastern made 60 percent of its shots on the night to give Elon its sixth loss in the last seven games.

A 16-3 run heading into halftime propelled Northeastern to a 15 point halftime advantage, a deficit Elon was unable to overcome. The Huskies managed to go ahead by as many as 27 points in the second half, scoring on 63 percent of its shots in the period.

The Phoenix shot 43 percent from the field and was led by Elijah Bryant and Austin Hamilton, who scored 13 and 11 points respectively.

Saturday's loss and Wednesday's loss at UNCW marks the first time since December 2011 that Elon has dropped back-to-back games by at least 17 points.

Next up, Elon will host Drexel in Alumni Gym on Thursday, Feb. 5, at 7 p.m. The Phoenix took down the Dragons in Philadelphia on Jan. 3 behind the power of 32 points from Bryant.