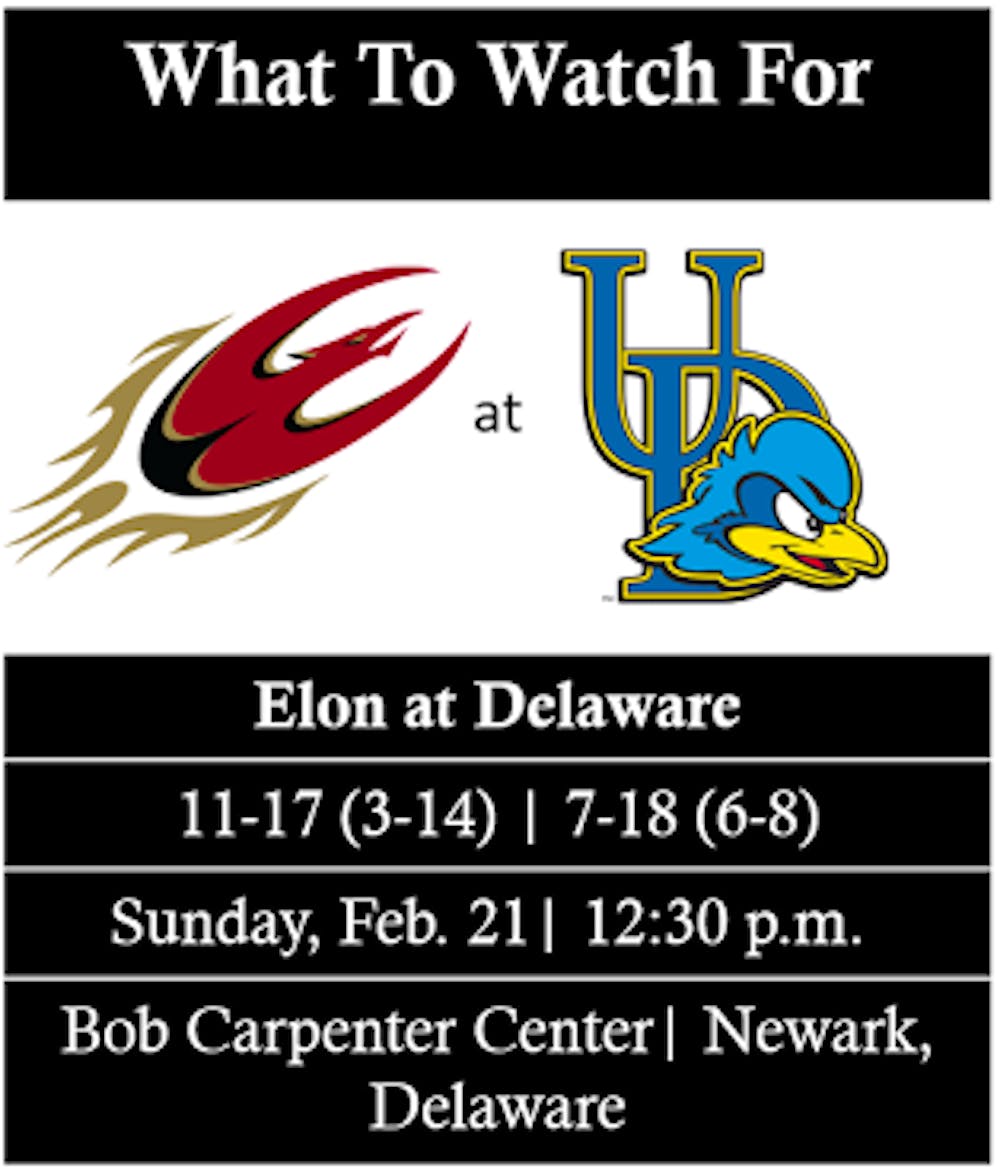 The Elon University men’s basketball team has dropped its seventh straight following a 77-63 loss to the College of Charleston.

Junior guard Tanner Samson broke Elon’s single season three-pointer record with his six three’s, but it was not enough to top the College of Charleston.

Having tied Jack Isenbarger’s record going to the matchup at the TD Arena, the Littleton, Colorado native hit his 83rd three of the season with 10:39 remaining in the first half to cut Elon’s deficit to just two at 16-14.

Samson kept the Phoenix in the game early scoring 17 of his 22 points coming in the first half. But the Cougars were lights out going 15 of 23 from the floor in the first 20 minutes and lead 35-30 going into the locker rooms.

The Cougars extended its lead early in the second half. A three from senior guard Pat Branin put Elon behind by double figures with 16:49 remaining, then after a steal from sophomore forward Terrance O’Donohue, sophomore guard Joe Chealey finished at the other end on the break to make it 47-35 Cougars.

Elon failed to respond and only went further behind. A layup from senior guard Anthony Stitt ballooned the lead to 16 with 10:33 remaining, then a three from sophomore guard Canyon Barry made it a game-high 19 point lead for the College of Charleston at 62-43 with 10:01 remaining.

The Phoenix would go on a late run, but it wasn’t enough. Freshman guard Elijah Bryant’s old-fashion three-point play cut it to eight at 65-57 with 5:21 remaining, but the Cougars would quickly get its lead back into double digits and came out with the 14-point victory.

Elon shot only 37.5 percent from the field, while the Cougars shot 56.4 percent, including a warm 42 percent from behind the arc. The Phoenix was also out-rebounded on the night 38-26.

With the win, the College of Charleston improves 8-20 on the year and 3-12 in Colonial Athletic Association play. The loss drops Elon to 11-17 and 3-14 in conference play.

Elon will look to break its  losing streak on Sunday, Feb. 21 when it travels to Newark, Delaware to take on the University of Delaware at 12:30 p.m.. The game can also be seen on the American Sports Network.