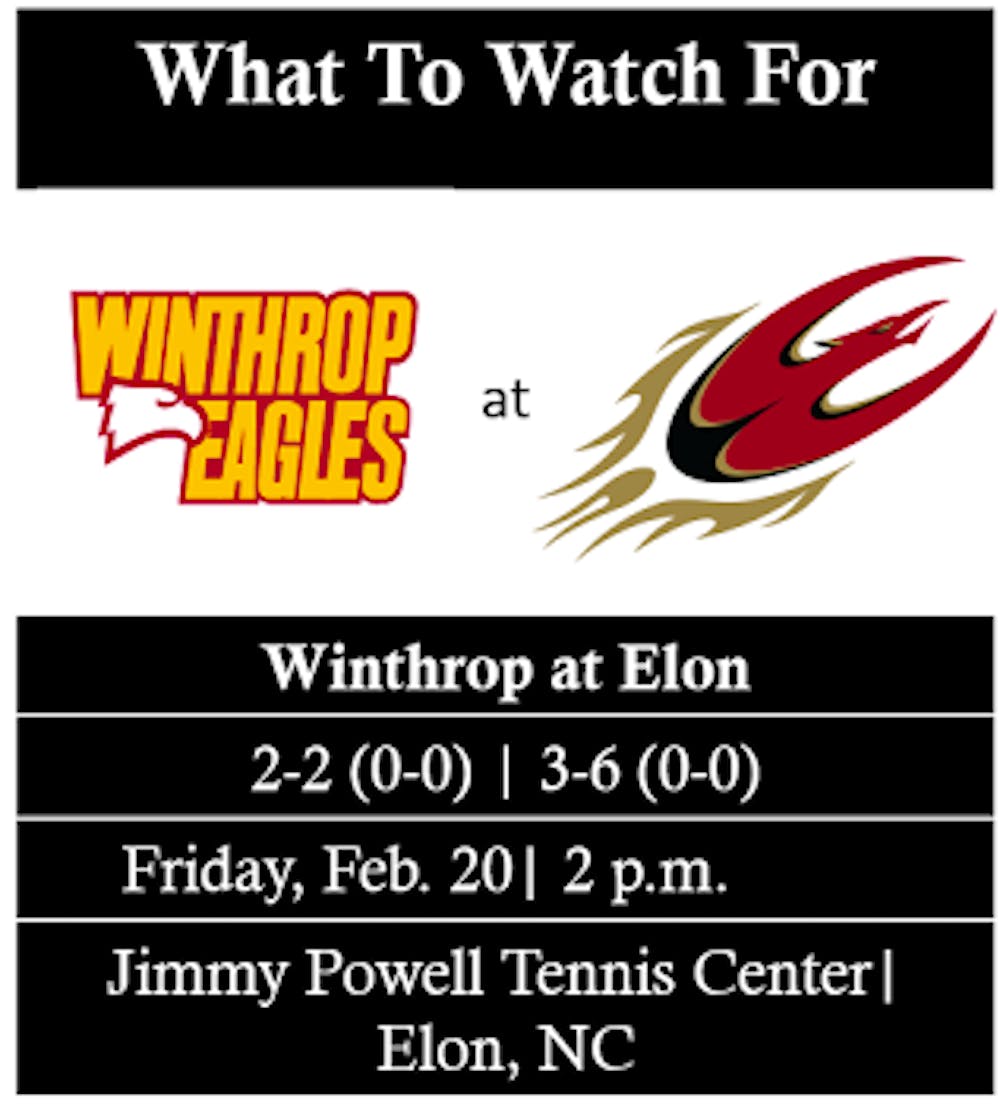 The Elon University men’s tennis team have won three games in a row following a pair of victories over North Carolina A&T and Presbyterian College on Saturday, Feb. 14.

“Personally I’d been struggling for a while being injured and today helped me out a lot in getting back on track.,” Luck said.

The Phoenix eased passed NC A&T in their first match of the day. Elon won all three doubles matches to take the early 1-0 advantage. Seniors Stefan Fortmann and Brian Kowalski shutout Wilson and Caban at No. 1 doubles 6-0. Freshman Josh Luck and redshirt-freshman Neal Port clinched the point with a 6-1 win over freshman Kyle Scott and (not on roster) Whitehead at No. 2 doubles.

Senior Juan Madrid clinched with win for the Phoenix with a 6-1, 6-0 straight sets win at No. 2 singles over freshman Josh Bailey.

Head Coach Michael Leonard said despite the lopsided score line, the match provided an opportunity to rotate the lineup and give those players experience.

In the second match, Presbyterian got out to a fast start by taking the doubles point. Freshmen Lukas Luckemeier and Brandon Mills cruised past senior Juan Madrid and junior Robert Lindgren 8-2 at No. 3 doubles.

Sophomore Ben Kelley and junior Ryan Miller then followed up with a win of their own at No. 2 doubles over Jordan Kaufman and Chris Humphreys 8-4 to clinch the point for the Blue Hose. Leonard was very displeased with the team’s doubles effort.

“We’re a lot better doubles team than we played today,”  he said. “It was probably the maddest I’d been in a year and a half.”

The Phoenix responded quickly through Fortmann who leveled the match at 1 apiece with a 6-3, 6-2 win over Miller at No. 1 singles. Kaufman then gave Elon the lead with a straight sets win at No. 3 singles. The Armonk, N.Y., native bested freshman Alexander Lykou coming out on top 6-3, 6-4. Leonard saw the spark in the team to open singles play. It was exactly what he was hoping for.

Lindgren put the Phoenix within a point of victory after defeating junior Danny Bruce at No. 2 singles. After a comfortable 6-2 win in the first set, Lindgren battled through a back-and-forth second set to claim the win. Lindgren’s ace won him the fifth game before going on to take the next won to earn the 6-2, 6-4 victory.

Luck then sealed the victory for the Phoenix. Luck won the first set in a tiebreaker, then withstood a late comeback in the second and came away with the 7-6 (7-4) 6-4 win at No. 4 singles.

Kowalski and Madrid would go on to win their matches at No. 5 and No. 6 singles to complete Elon’s sweep of singles play to seal their 6-1 victory.

With the win, Elon improves to 3-6 on the year. Meanwhile, losses for NC A&T and Presbyterian drop to 0-5 and 8-2 respectively. Elon will return to the court on Friday, Feb. 20 when it host Winthrop University at the Jimmy Powell Tennis Center at 2 p.m.