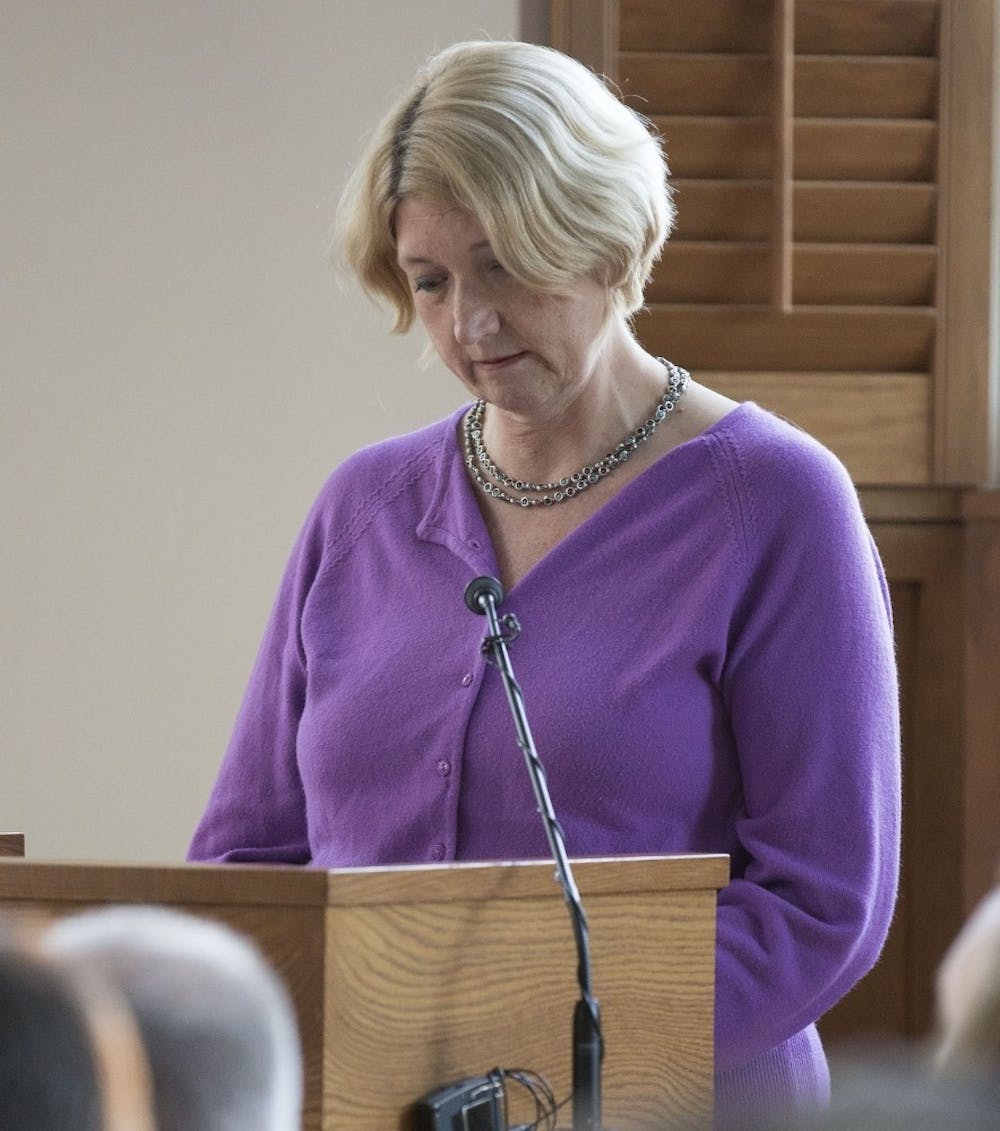 On Thursday Feb. 12, Elon University held a vigil to honor the three students that were killed in Chapel Hill, N.C. The vigil took place in the scared space inside of the Numen Lumen pavilion.

Students and faculty of many faiths attended the event. The vigil allowed students to come together to morn the loss of the Deah Shaddy Barakat, 23; his wife, Yusor Mohammad Abu-Salha, 21; and her sister, Razan Mohammad Abu-Salha, 19 and to discuss Islamophobia in the world today.

"Instead we have become a world and sometimes a community that is full of racial and religious misunderstanding disrespect and even hatred," said Elon Chaplain Jan Fuller. "We sometimes choose to be willfully Ignorant and uneducated when we believe untruth instead of seeing clearly when we choose separation over community and that is not I think the way of god, and we at Elon to deeper learning fuller respect understanding that reads even love. Love that is measured by acts of generosity hospitably and friendship."

During the ceremony, students lit candles and said prayers from different faiths, including Shahad Haswa, a junior and President of Elon's Muslim Students Association.

"Wake up and to see that three Muslim students here in North Carolina faced this too. You know, it is not even people back home in the Middle East where it is already not stable enough," Haswa said. "You come here and you feel like I felt, personally attacked first of all, second of all, so much pain for the students and their families and their friends. I could not imagine waking up and realizing some one just like shot your children."

Students were able to stay as long as the wanted at the end to mourn the loss of the three students.