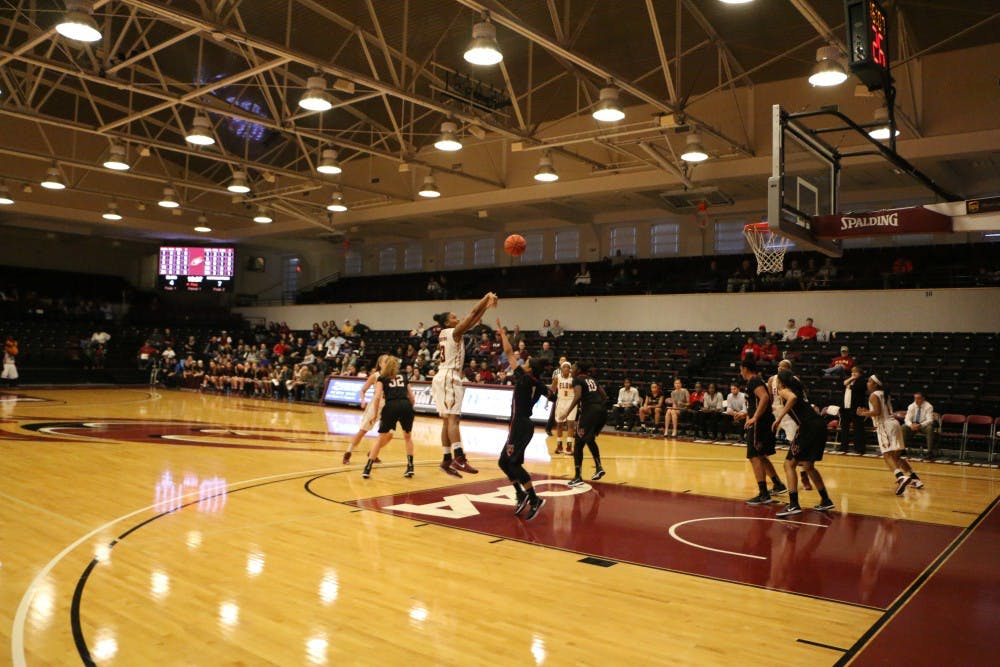 The Elon Women's Basketball team pulled out a last-minute win against College of Charleston on Sunday, Feb. 7, defeating the Cougars, 75-71. Senior Sam Coffer had the winning put-back with 36 seconds remaining in the game. With the win Elon moves to 14-8, 7-4.

The Cougars and Phoenix battled back-and-forth through much of the first half. CofC would go into halftime with a 39-36 lead. Elon went on a 10-2 run early on in the second half, but the Cougars would climb back and bring it to a one-point game. Both teams would continue to trade leads through the rest of the game. With Charleston leading 70-71, Coffer grabbed a rebound and layed it in to give Elon the lead. CofC's Christy Hewatt turned the ball over with 15 seconds left and fouled Essence Baucom, who hit both free throws to seal the deal from TD Arena