Elon storms back late, takes down Tribe at home 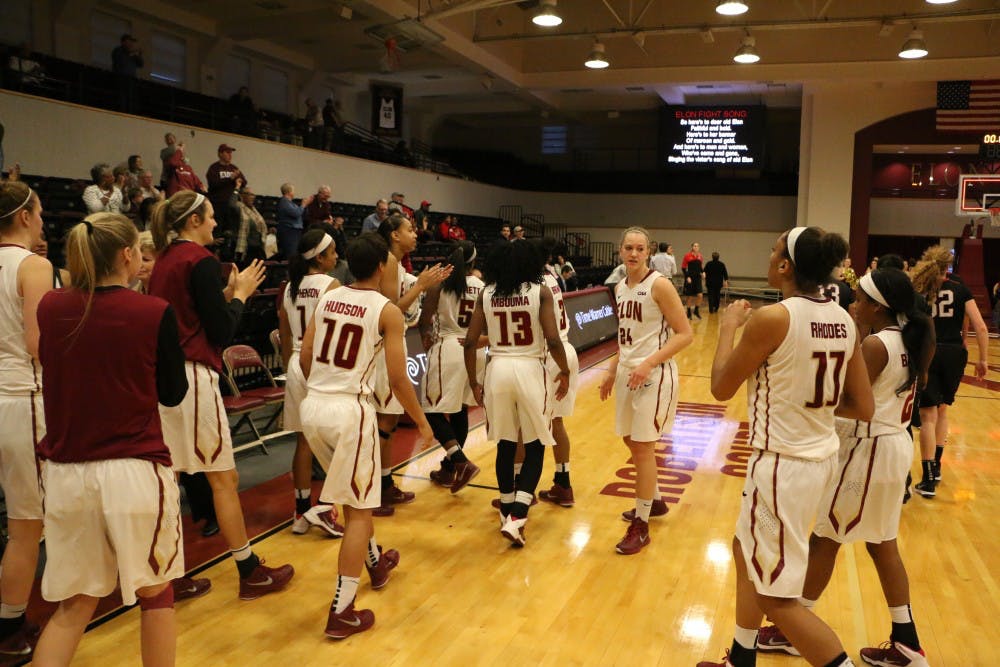 For the second consecutive game, a late surge propelled the Elon Women's Basketball team to victory, this time claiming a 64-60 win over William and Mary in Alumni Gym on Feb. 22.

Coming out of the final media timeout trailing by five, Sam Coffer hit a three-pointer and Malaya Johnson scored a critical layup that tied the game at 57 with 2:54 left in regulation. Neither team scored over the next two minutes until Shay Burnett went to the line with 54 seconds to go. Burnett made her first and missed her second, but Johnson same down with the offensive rebound. Coffer later hit her third three-pointer on the night to give Elon a 61-57 lead.

The Tribe then fouled Lauren Brown who made both free throws to extend the Phoenix lead to six. On the next possession, W&M's Brooke Stewart connected from deep to cut it to 63-60 with 14 ticks left. Zora Stephenson was then fouled and sent to the line, but failed to make both her free throws. But the Phoenix caught a break when the Tribe lost the ball out-of-bounds after coming down with the defensive rebound.

Brown was then sent to the line again, making one of two free throws to seal the victory for Elon.

Coffer went a perfect 6-of-6 from the field, including 4-of-4 from beyond the arc to finish the game with 16 points. Burnett (13 points) and Jenifer Rhodes (11 points) were the only other Phoenix players to finish in double figures.

W&M faced similar shooting woes, making only 11 of their 28 FG attempts in the first half. The lackluster performance allowed Elon to stay within 5 going into halftime.

Elon flipped the switch in the second half, making 57 percent of its shots, including 55 percent from deep.

"We shot the ball really well in the second half," said head coach Charlotte Smith. "We talked about it at halftime -- shooting the ball the way Elon shoots the ball, and we came out with a lot of confidence."

The Phoenix cut the deficit to one just over a minute into the second half. The Tribe responded by going on a 17-6 run to take a nine-point lead with 11:21 to go.

Elon slowly chipped away at the W&M lead until Coffer's three brought the score to 57-55. Johnson followed that up with a layup to tie the game at 57.

Up next, Elon head up north for its final road swing of the season to face Drexel on Friday, Feb. 27 and Hofstra on Sunday, Mar. 1